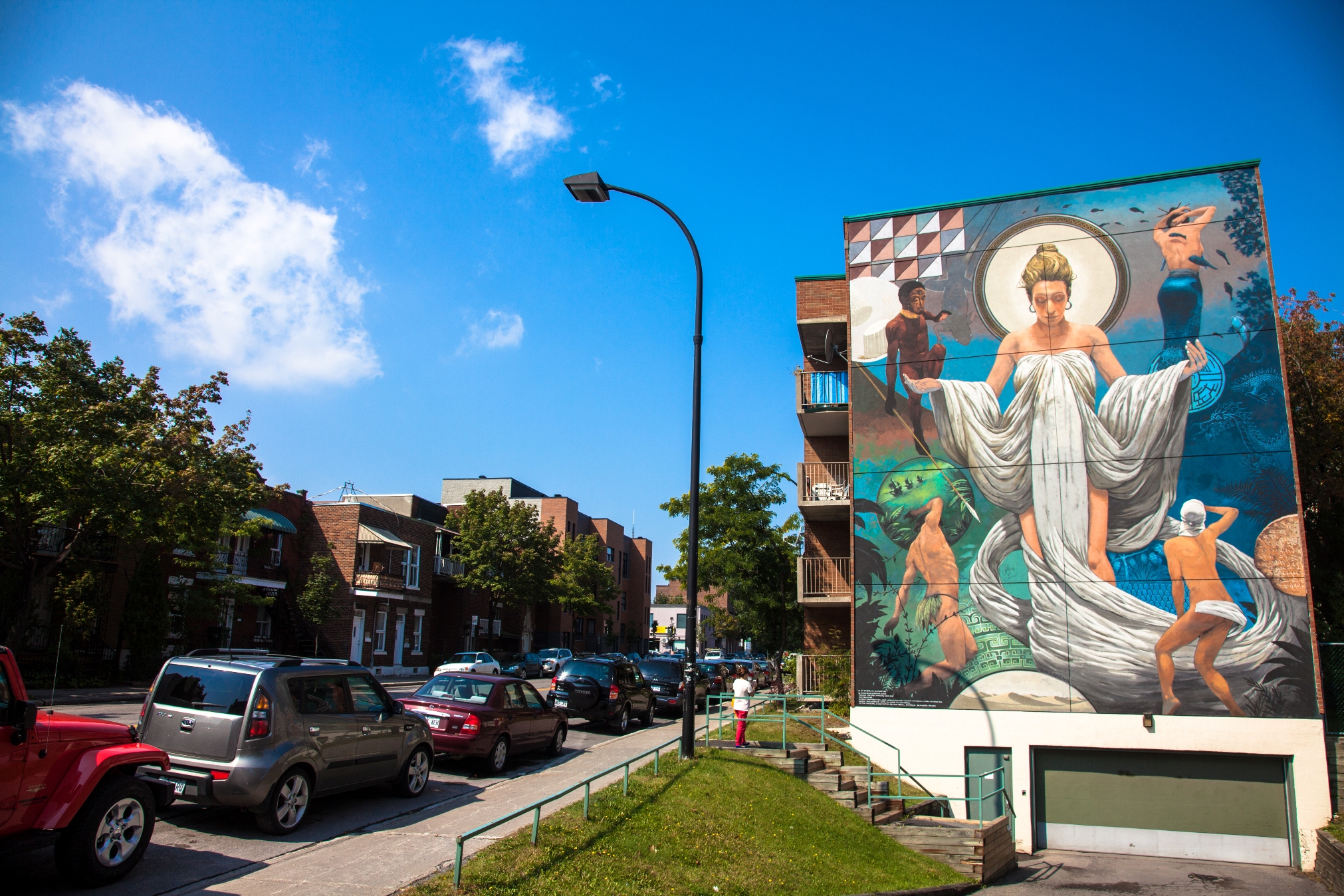 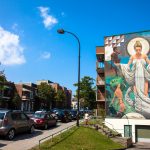 A multi-disciplinary artist, Dominique Desbiens starts in 1990’s in Montreal with cartoons by directing several publishing projects. He also works in illustration and design through the graphic conception of posters, book covers, record sleeves and editorial illustrations. In 2007, he publishes an art and poetry book “Il manque aux humains un prédateur” (Humans Need a Predator), in which his drawings, photographs, paintings, sculptures and murals illustrate his views. His journeys as a painter evolves through many exhibits and other events, including large scale public performances and live painting.

Dominique Desbiens was asked to create a mural based on the theme “The convergence of cultures”. The artist chose to express the theme by focusing on what unites us, rather than what sets us apart.

The central female figure is a symbol of fertility and the Earth, while the four secondary characters represent the four continents, the four principal cultures: Africa, Americas, Asia, Europe. Important periods in occidental history are illustrated within the circles: the invention of the written word, the fall of the Roman Empire and the discovery of the Americas. For this mural, the artist was greatly influenced by symbolist painters as well as by the iconography and symbolism of ancient cultures or “primitive art”.

Karine Fréchette assisted the artist throughout the completion of this mural at Habitations Saint-Georges, a housing complex for elders.