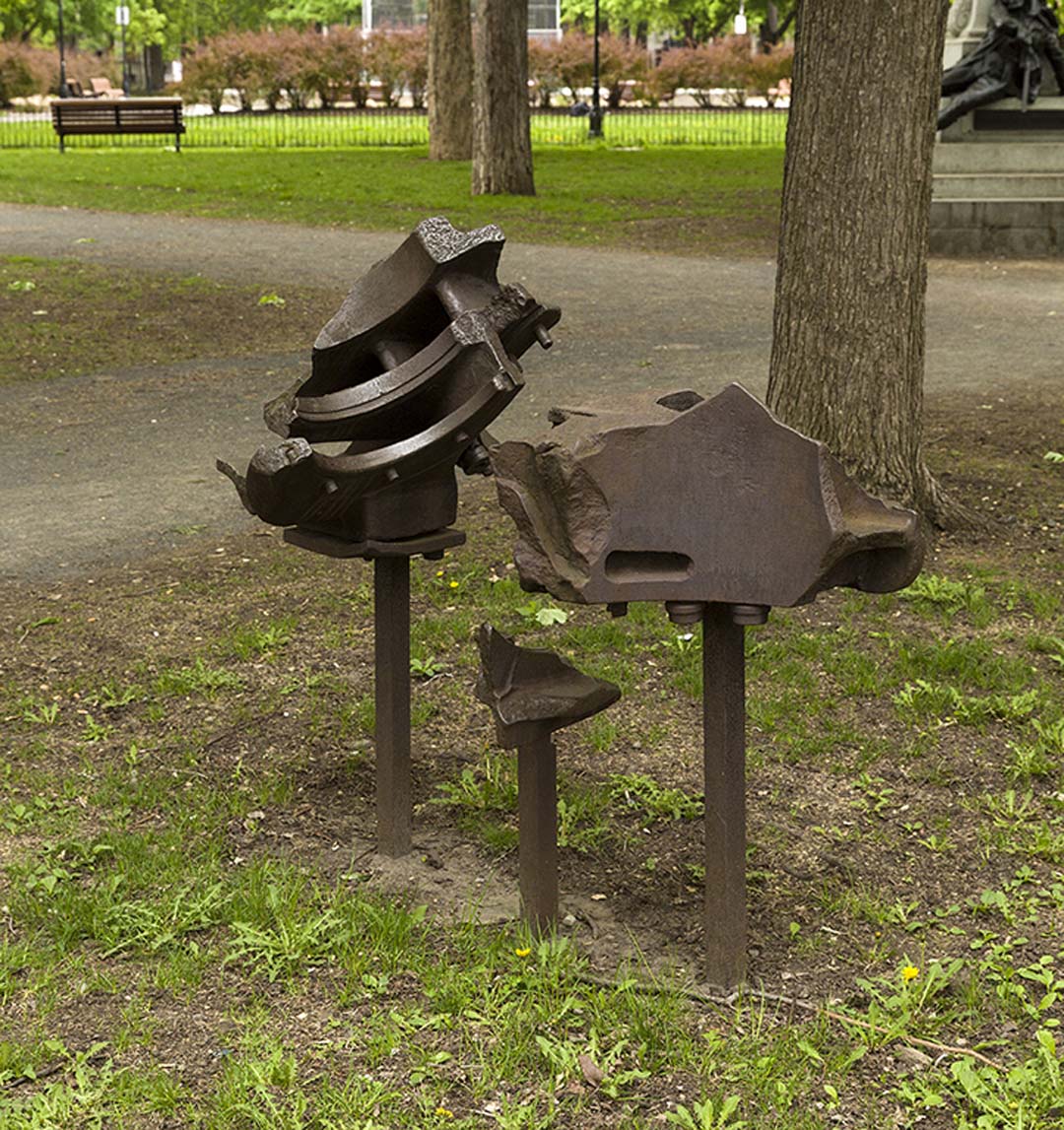 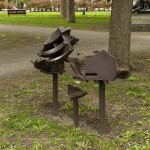 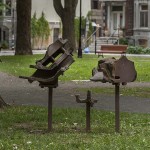 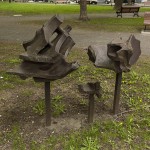 Born in Black Lake, this Québec artist was trained at the University of Ottawa and the École des beaux-arts de Montréal in the 1950s and is known for having upset well-established traditions in Québec, notably through his political engagement and his sculptural work.

Vaillancourt’s long and prolific career has featured by large-scale projects in the public space, including L’humain, a sculpture commissioned by the École des arts et métiers d’Asbestos (1963); Québec libre!, a fountain sculpture for San Francisco’s Embarcadero (1971); and Justice, an anti-apartheid artwork executed for the Palais de justice de Québec (1983).

Situated in Saint-Louis Square, La Sainte Trinité is composed of three pieces – probably parts of turbines – recovered from a scrap dealer. Placed on steel stems attached to a base, these mechanical parts, which appear to have been removed and torn away from their industrial context, take on another meaning through their displacement and display. They provoke an unlikely encounter of art, industry, urban environment, and nature in this green space in the heart of Plateau-Mont-Royal.

The artwork gives a good idea of the artist’s inventiveness. Here, he uses mechanical parts cut out in such a way as to attribute an aesthetic quality and function to them. La Sainte Trinité is also an example of the exploration of new materials taking place at the time – an exploration in which Vaillancourt took part. The artwork thus illustrates an important step in the development of sculpture in Québec.