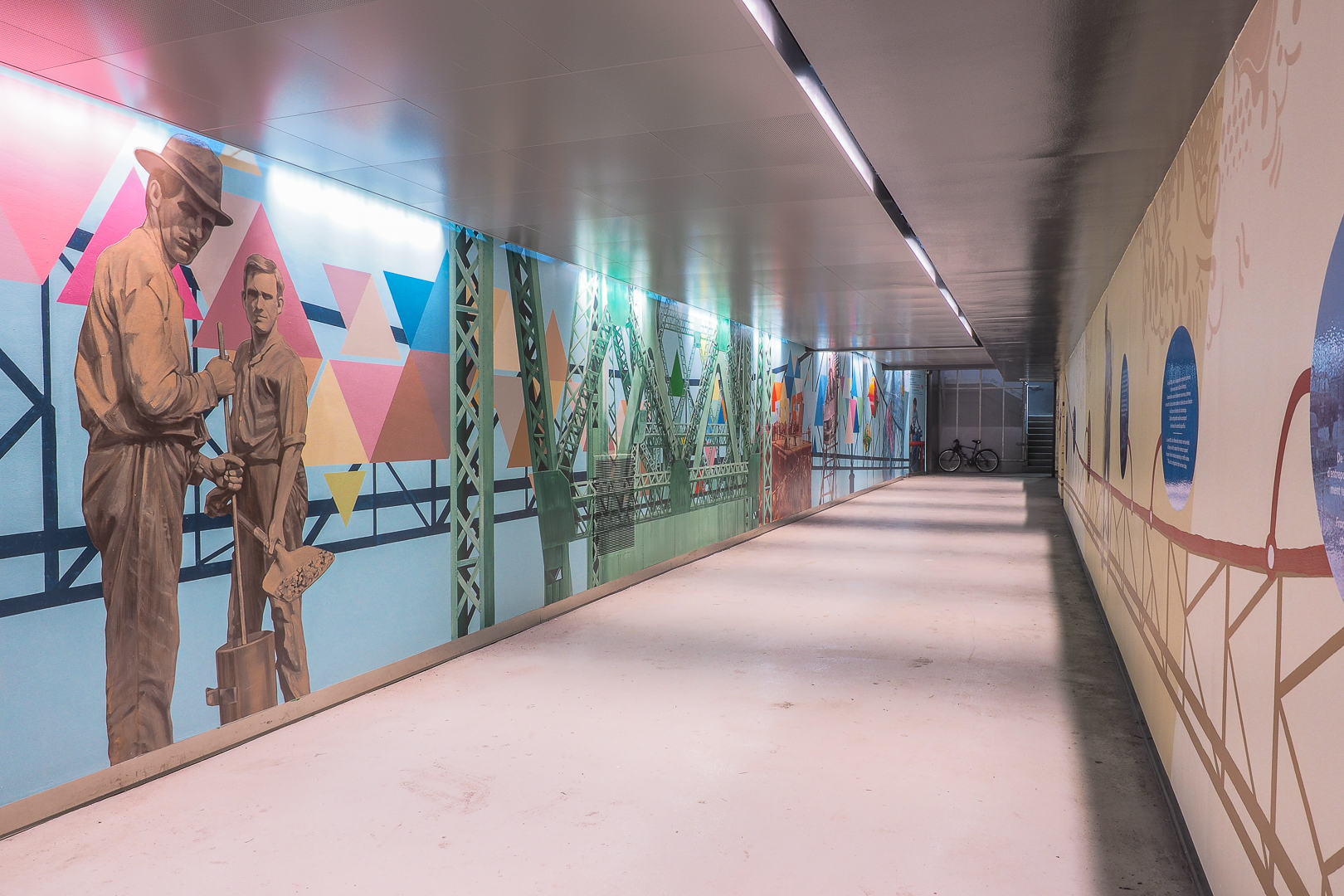 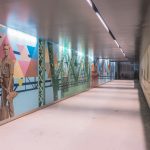 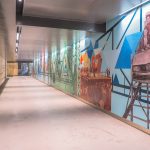 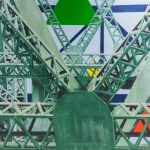 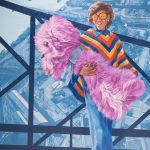 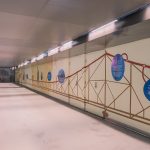 “La Traversée” (The Crossing), a mural produced by MU in partnership with The Jacques Cartier and Champlain Bridges Incorporated, was carried out by Rafael Sottolichio in the pedestrian crossing of the Île Sainte-Hélène pavilion under the Jacques-Cartier Bridge deck.

The mural is a journey back in time. Between the tunnel’s two ends, the silhouette of a bridge crosses with us from one side to the other. Important milestones in the bridge’s history are interspersed with vignettes that represent different aspects of the bridge. Workers and boaters from different eras show the passing generations and the iconic stature that the Jacques-Cartier bridge has come to hold for the City of Montreal.

The artist, Rafael Sottolichio, has created a mural is based on a sequence of collages. The calibration of the images and the foot traffic in the corridor allow for the evocation of something intangible: the passing of time.