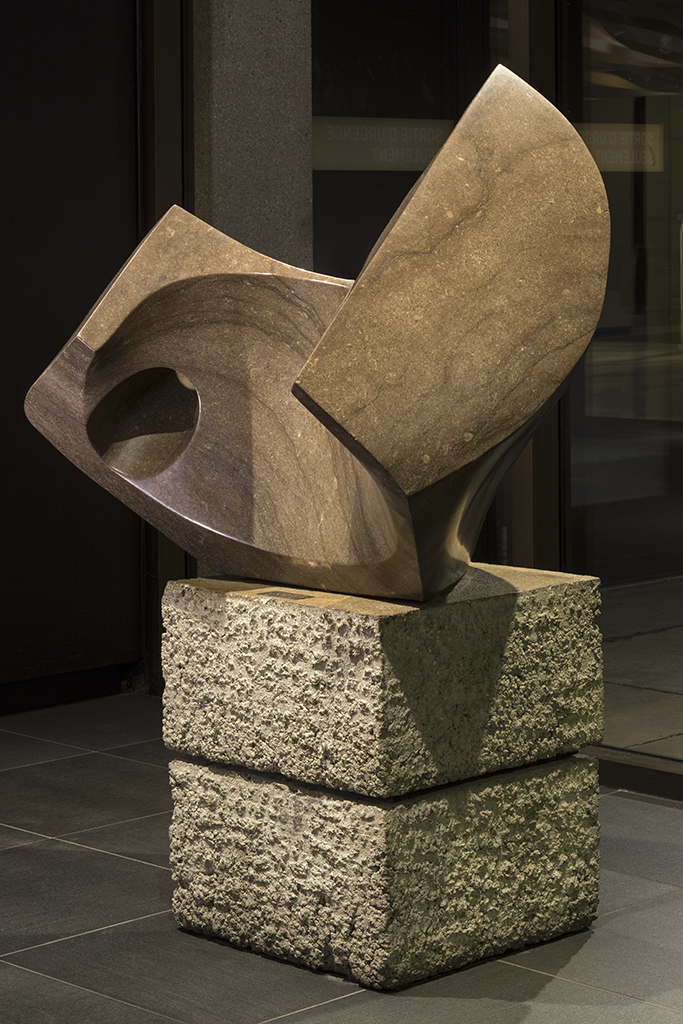 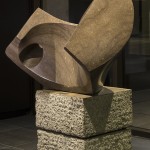 Montreal sculptor Jean Aubert studied at the Université du Québec à Montréal. “Throughout my existence, I have been influenced by structures, both in society and in the environment. It was therefore natural for me to pursue artistic exploration that is in keeping with this tendency” (1), stated the artist. In the 1980s, he took part in several exhibitions, notably Confrontation 1982 and 1983, held by the Conseil de la sculpture du Québec. The Société de la Place des Arts acquired one of his sculptures created as part of Heritage Day in 1978.

L’aile du temps II is a sculpture of Saint-Marc stone mounted on a base of textured pre-cast concrete. Employing forms both geometric and organic, the artist has attempted to use the material to express the widespread current of change in 1970s Quebec, marking its transition from a conservative society without history to a new Quebec, after the Parti québécois victory on November 15, 1976.