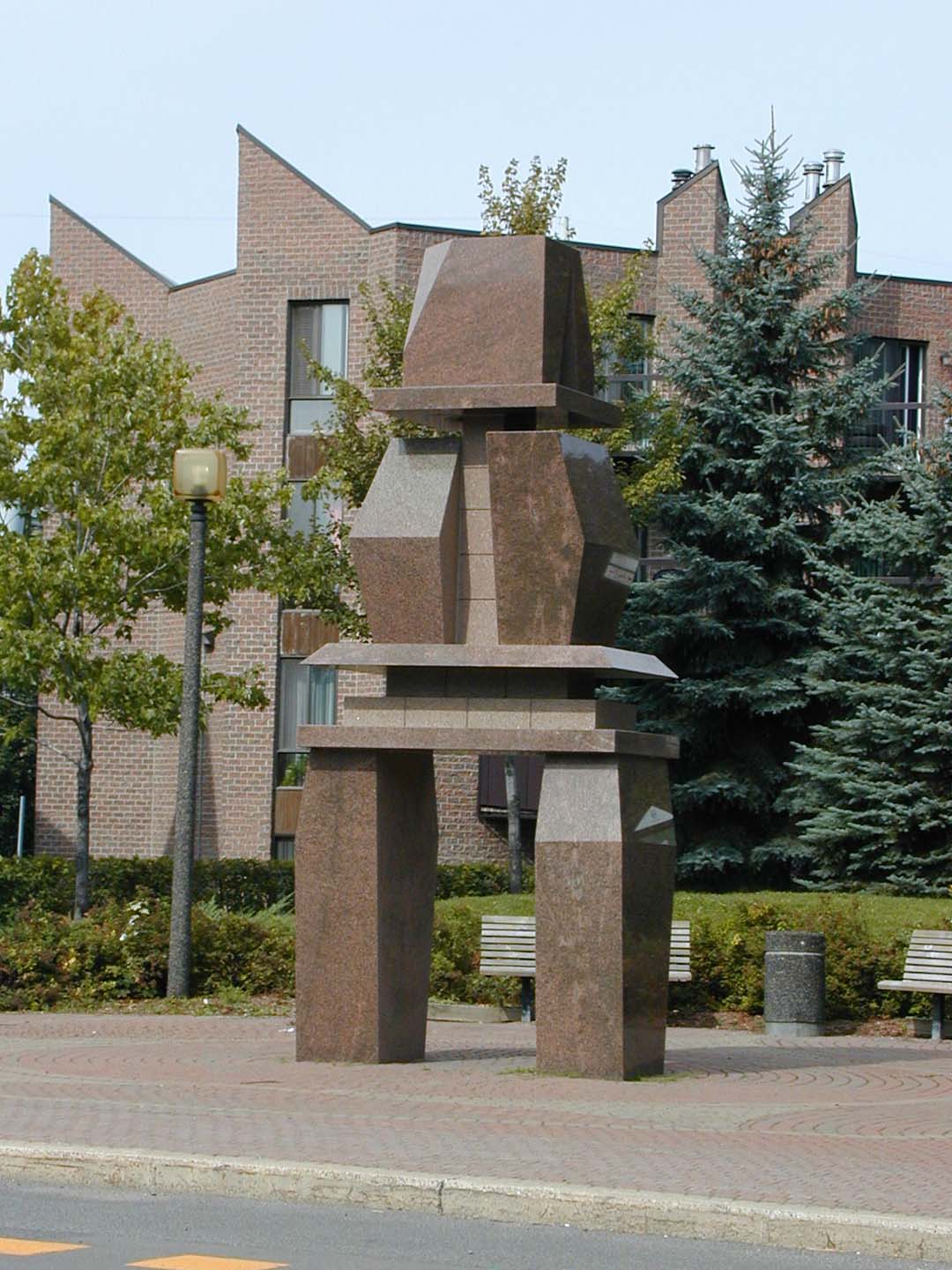 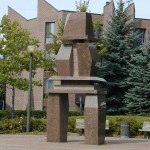 Dominique Valade holds a master’s degree in visual arts and a doctorate in art studies and practices from the Université du Québec à Montréal. She has participated in a number of large-scale public events, including City Shapes, at the Vancouver World Fair in 1986, and the Symposium de la jeune peinture au Canada, at the Centre d’art de Baie-Saint-Paul in 1987. Valade is known for her painting and sculpture practices, and her artworks are in the collections of the Musée du Bas-Saint-Laurent, the Musée des beaux-arts de Sherbrooke, the Galerie de l’UQAM, and the Edmonton Art Gallery.

Installed in Parc Labelle, at the corner of Rue Henri-Duhamel and Rue Verdun, the artwork is formed by the superimposition of blocks and slabs of polished granite, in various sizes and geometric shapes. The two lower blocks form pillars on which are placed a succession of slabs and blocks with different orientations.

L’argoulet reflects the past of Verdun and its geographic situation. In fact, the title of the work refers to the name borne by a group of arquebusiers in the eighteenth century. Responsible for guarding the territory, they became the first residents of the Côte des Argoulets, which later renamed Verdun in honour of its founder, Zacharie Dupuis, who was born in Saverdun, France. The artwork represents the past, the present, and the future.