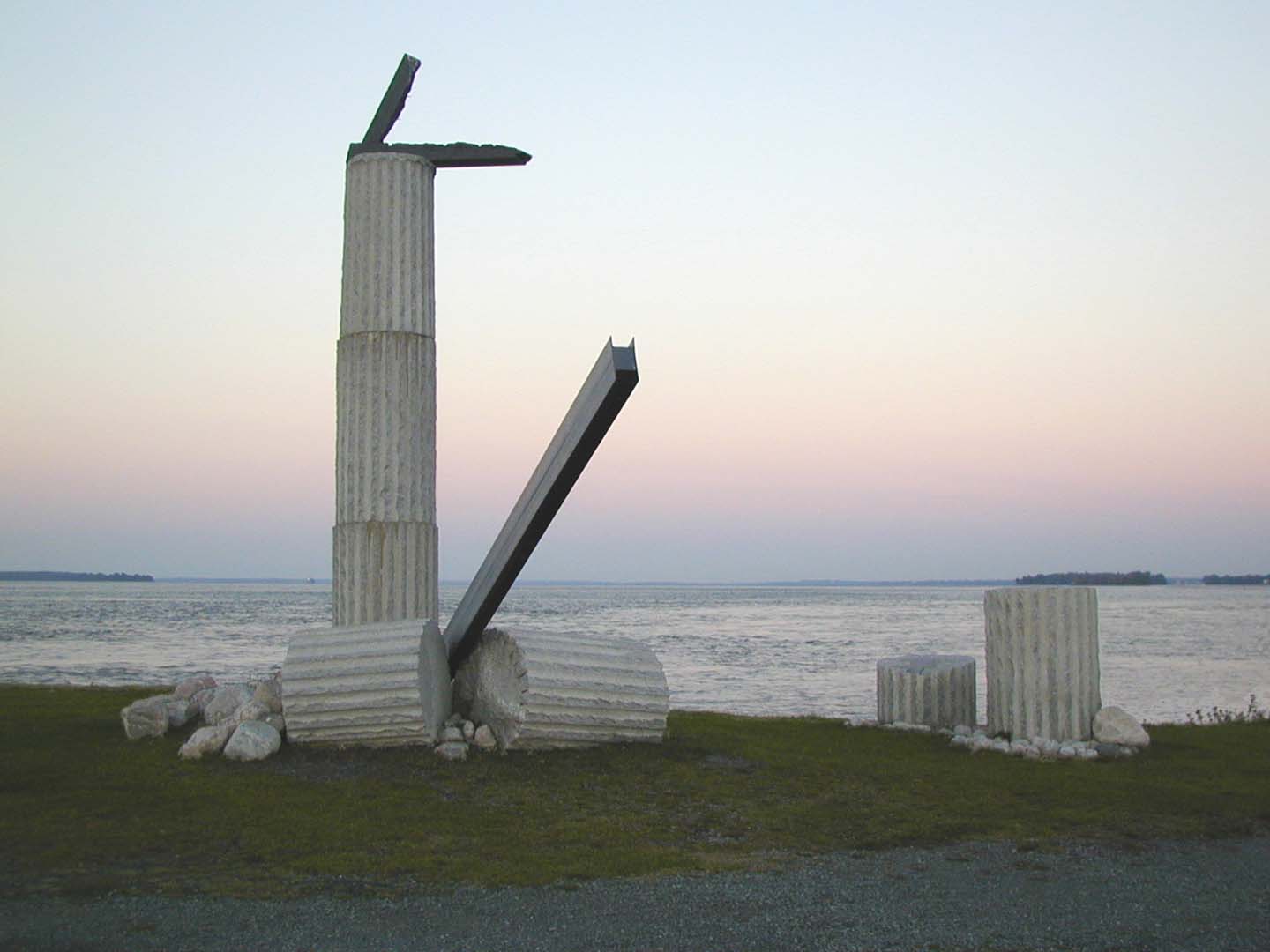 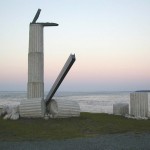 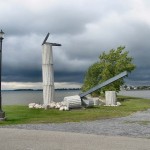 Dominique Rolland studied sculpture at Université du Québec à Montréal from 1974 to 1979, and then earned a master’s degree in management of cultural organizations at Hautes Études Commerciales de l’Université de Montréal in 1998.

Situated at the end of Parc René-Lévesque, near Lake St. Louis, the sculpture represents, as its title indicates, a lighthouse that might guide ships and strollers. A tall white column rises in the middle of debris composed of stones and overturned sections of columns. At the pinnacle of the column are two black-granite volumes describing an acute angle. On the ground, a steel beam is inclined to make a similar angle, evoking a lever. The artwork originally included a lighting system that could not be made functional because it would have interfered with navigation aids.

The title of the work refers to Archimedes, an ancient Greek scholar who wrote the first scientific treatise on statics, On the Equilibrium of Planes. The treaty contained the “law of the lever” and the bases for scientific hydrostatics (buoyancy). Archimedes left a considerable body of work; he conducted research in mathematics, geometry, and physics, laying the foundation for the development of science.