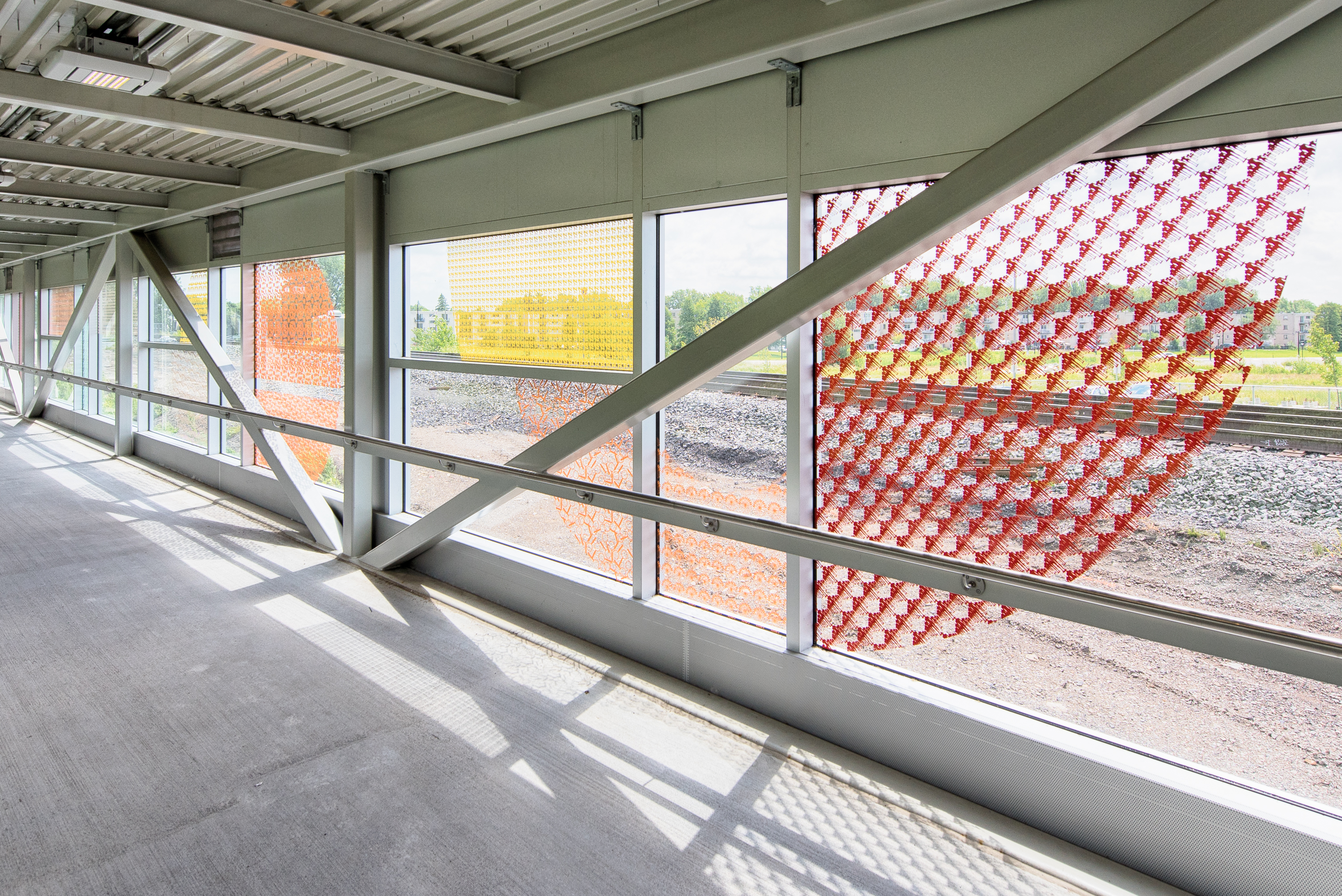 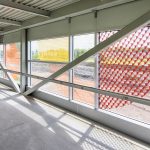 Mathieu Doyon and Simon Rivest founded the artists’ collective Doyon-Rivest in Quebec City in 2000. Their practice extends well beyond their training in visual art and graphic design. Their work has been shown in numerous solo and group exhibitions in Canada and abroad at venues including the Musée d’art contemporain de Montréal, the Musée national des beaux-arts du Québec, the Manif d’art in Quebec City, the International Photography Biennial in Amsterdam and Contact Festival in Toronto. The duo live and work in Montreal.

Le quotidien fantastique takes up almost the entire length of one of the fenestrated walls of the train station walkway, 145 metres long, as well as some of the windows of the façade and one side of the kiosk. The work was designed in such a way as to enliven the entire length of the walkway, envisaged as a zone of transit, and to catch the attention of its users, day after day, thanks to a high level of detail.

The artists opted for a series of motifs defined in geometric shapes. The motifs are made from objects and icons of daily life, photographed and processed in high contrast, assembled, then repeated to make what might evoke a tapestry. Each of the geometric shapes is composed of repetitions of a single motif, forming a grouping of 75 different motifs.

Le quotidien fantastique involves three levels of reading. From close, one discovers the basic iconography of the motifs. From farther, for example from the train, one observes geometric forms, each defined by repetition of its own motif. From very far away, if one observes the walkway as a single entity, one can read the title of the work, in an abstract typographic composition.

According to the Doyon-Rivest collective, “By multiplying these everyday objects, transforming them into motifs that make them almost abstract and clustering them together, we bring to life a strange and seductive poetry. From ordinary life, we create a daily fantastic that will provide a tempo for users’ travel.” Diverting everyday objects makes it possible both to subvert consumerism and the place of objects in daily life and to bring the train station’s walkway to life.