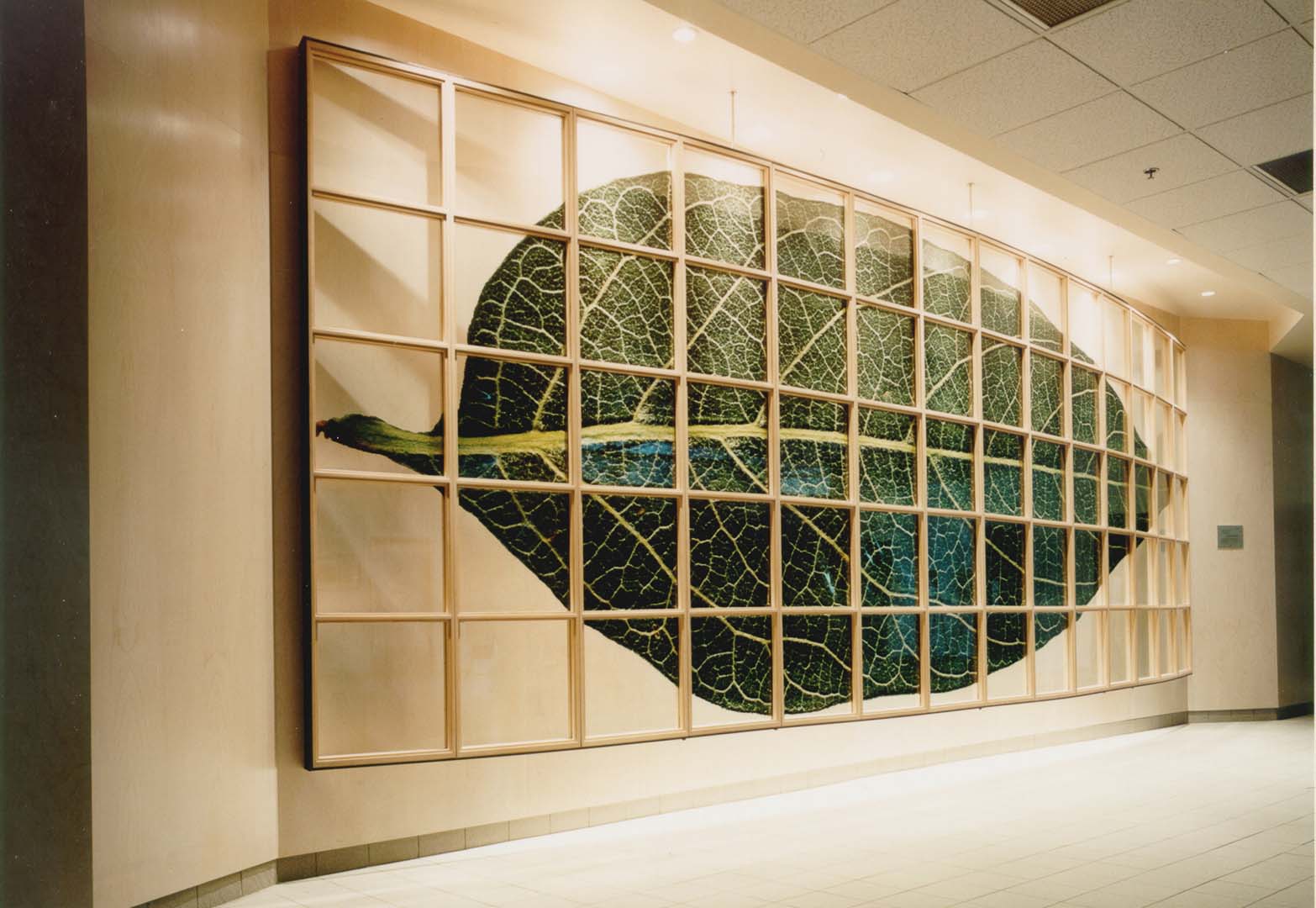 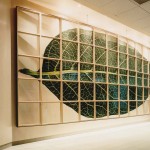 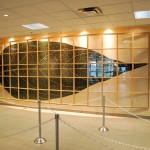 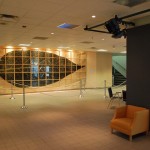 Roberto Pellegrinuzzi is a Montréal photographer. His artworks challenge our perception of the photographic image and how it is displayed.
Pellegrinuzzi’s works can be seen in various projects integrating art with architecture. He has had numerous solo exhibitions and his works are in major collections, including the Canada Council for the Arts Art Bank, the Musée d’art contemporain de Montréal, the Montréal Museum of Fine Art, and the Fonds national d’art contemporain de France. Since 1985, he has presented his works in about fifty solo exhibitions in Canada and Europe.

Pellegrinuzzi’s photographic installation is in the lobby of the Maison de la culture, situated on the first floor of a building that also houses the borough’s library and offices. Its convex form was conceived as a reflection of the curved architectural elements on the outside of the building.

Le spectacle de la curiosité is a macroscopic photograph of a leaf. Reproduced on a monumental scale, this gigantic leaf is reconstructed in 70 photographs that are juxtaposed and framed separately. The arrangement echoes the squaring-off technique used in painting and drawing, which consists of ruling the object to be reproduced into squares in order to transpose its exact proportions. This artwork is in continuity with the Le Chasseur d’images series of photographic works created by Pellegrinuzzi in the early 1990s around the motif of a leaf. In addition to a scrupulous analysis of the familiar object, which he examines, dissects, and recomposes in different ways, the subject evokes for the artist a reflection on the very discipline of photography:

The leaf underlines the interconnections that it maintains with photography by using light as an intrinsic material. As light symbolizes the source of life, as well as the source of knowledge, this photographic leaf thus becomes emblematic and acts similarly by reflecting the park situated facing the cultural centre.
– Roberto Pellegrinuzzi