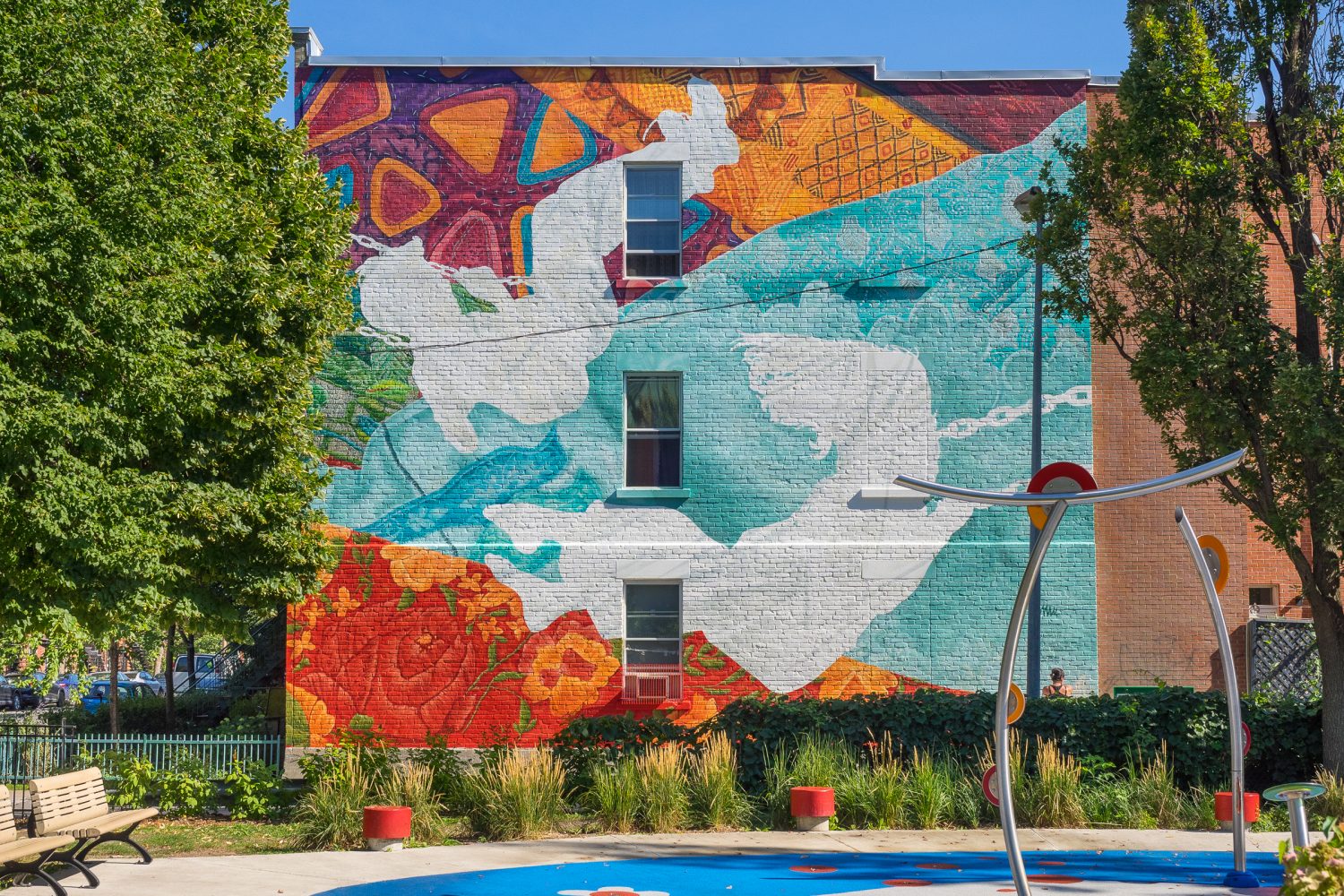 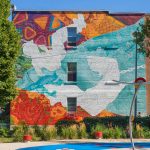 The wall on which the mural was painted has been the canvas for a mural since the 1980s. That mural unfortunately fell into disrepair due to a lack of maintenance. This new mural pays tribute to the original one, revisiting its theme with a nod to its principle elements (children and swings) while adding colour, vitality and movement, in continuity with the artist’s specific pictorial exploration. The mural also highlights the legacy of Sister Madeleine-Gagnon, — the park was renamed in her honour in 2013 — founder of the Maisonnette des Parents which has contributed to the the fight against isolation and the reinforcement of human bonds in La Petite-Patrie for 25 years.

The mural was carried out by Annie Hamel, a Montreal mural artist who has undertaken several collaborations with MU in the past. The artist’s talent for recreating the texture of fabric with paint was featured in the textiles which form the mural’s background, establishing the setting which surrounds the silhouettes of children on their swings.