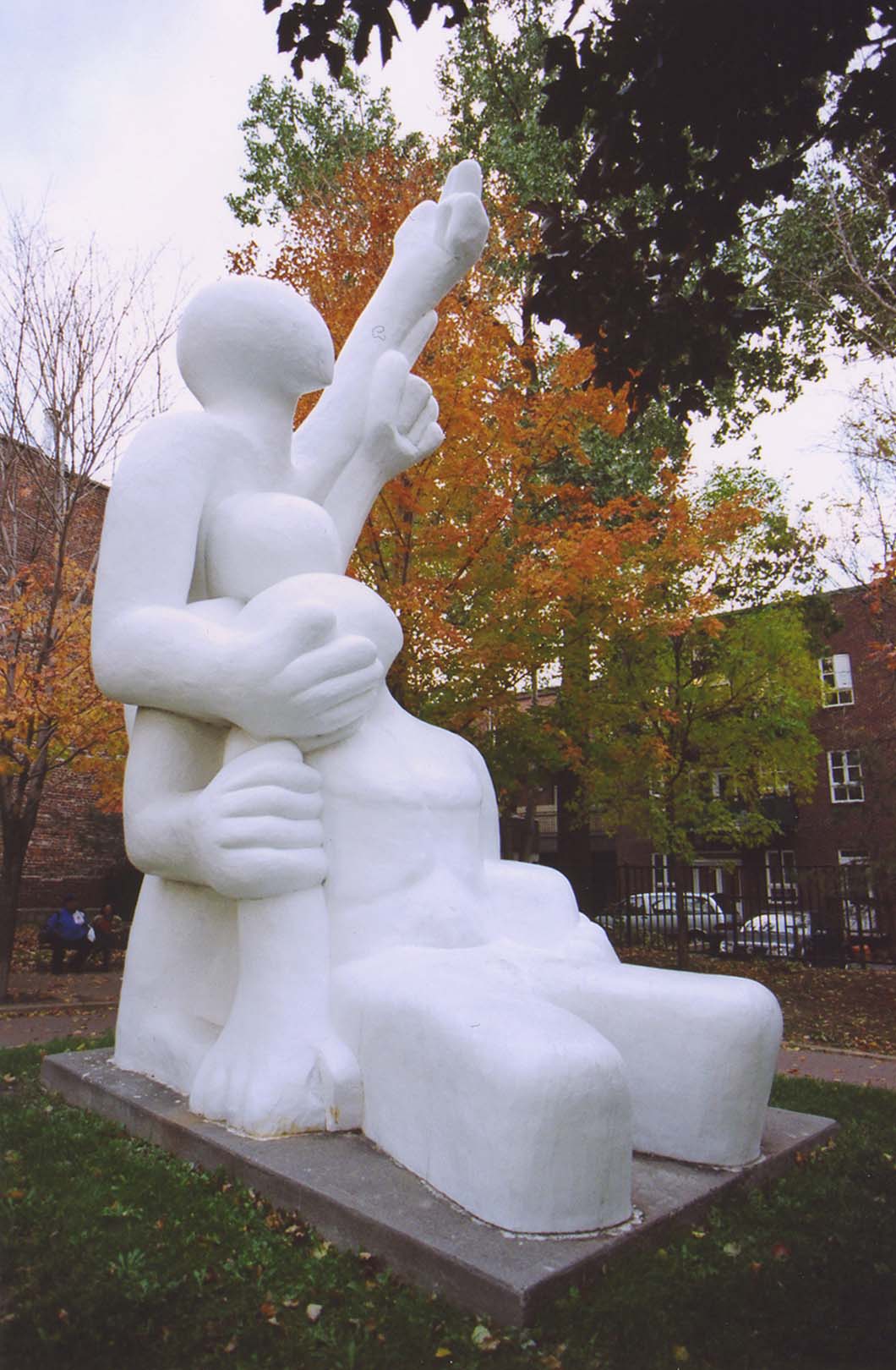 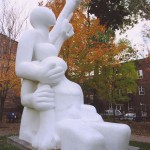 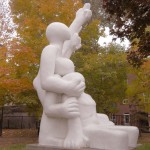 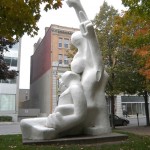 Pierre Yves Angers was born in 1949 in Montréal. After studying art at the CÉGEP du Vieux Montréal, he had a number of exhibitions in Montréal and New York. He was also vice-president of the Conseil de la sculpture from 1988 to 1990.

Angers is interested in the morphology of the human body. Both of his works on display in public spaces in Montréal, Le malheureux magnifique and Les clochards célestes, highlight his aesthetic concerns.

From the centre of Miville-Couture Park, three huge white-cement figures face René-Lévesque Boulevard. They embody a rising movement: the two standing figures are trying to lift the third figure, sitting in front of them, as they point to the sky.

The title of the artwork, borrowed from a novel by Jack Kerouac, draws a parallel between the hard reality of homelessness and the spiritual exploration of Beat Generation travellers. The dedication accompanying the sculpture emphasizes the spiritual sensibility of works by Kerouac and Angers: “À tous ceux et celles pour qui la réalité quotidienne n’est constituée que de l’inlassable quête de l’essentiel” (To all of those for whom daily reality is composed only of a tireless search for the essential).

Thus, Les clochards célestes does not simply highlight the social mission of the nearby Maison du Père, but is a tribute to all forms of mutual assistance aiming to improve living conditions for the homeless. It underlines that charity, fraternity, and solidarity are also characteristics of the neighbourhood. Finally, it reminds passersby of human beings’ power and resilience. As the artist summarizes, “Man remains at the centre of the universe because he has the power to perfect or destroy his environment – his own and that of other living beings.”