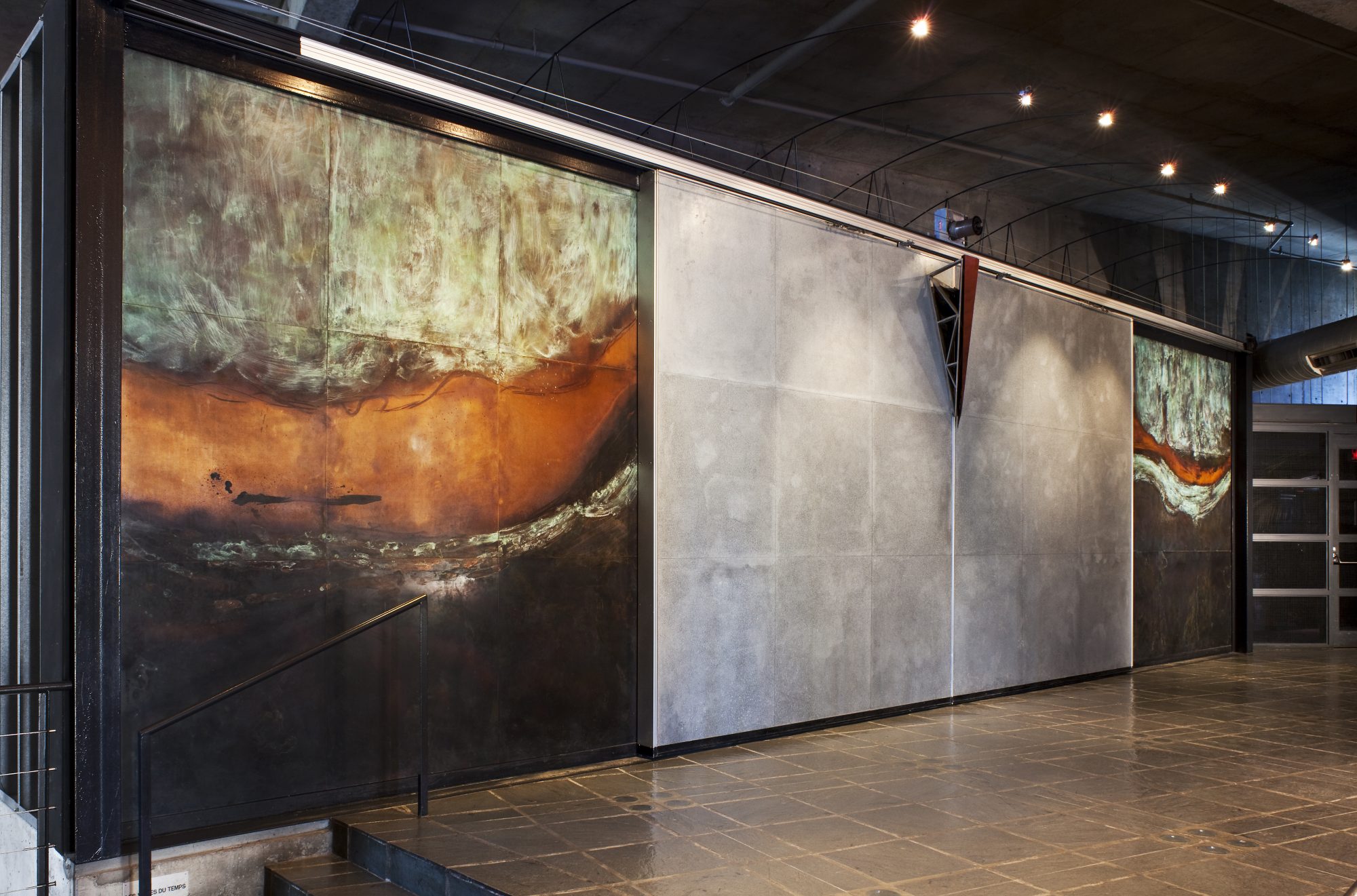 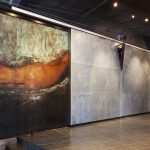 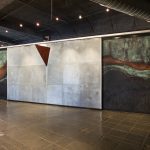 Born in Romania, Peter Krausz studied mural painting between 1964 and 1969 at the Fine Arts Institute in Bucharest.

He received many grants from the Canada Council and the Quebec Council for Arts and Letters and he won competitions in the Integration of art in architecture program.

From 1980 to 1990, Peter Krausz was the curator and director of the Saidye Bronfman Centre Art Gallery and a Professor at Concordia University. From 1991 he teaches art at the Université de Montréal were he is a Tenured Professor in the Art History and Cinema Studies Department.

Peter Krausz is represented by the De Bellefeuille Gallery in Monreal, by the Mira Godard Gallery in Toronto, by the Forum Gallery in New York, the Gallery Jones in Vancouver and the Wallace Galleries in Calgary.

The work is made up of four panels that create a door leading to the museum’s multimedia room. The fixed end panels are made of oxidized copper. They are overlaid with two galvanized steel panels that open to reveal the two parts of a triangular shape at the centre of the composition through which an aluminium framework appears. It conceals a bronze sculpture of a face. The triangular shape recalls the museum’s architecture.