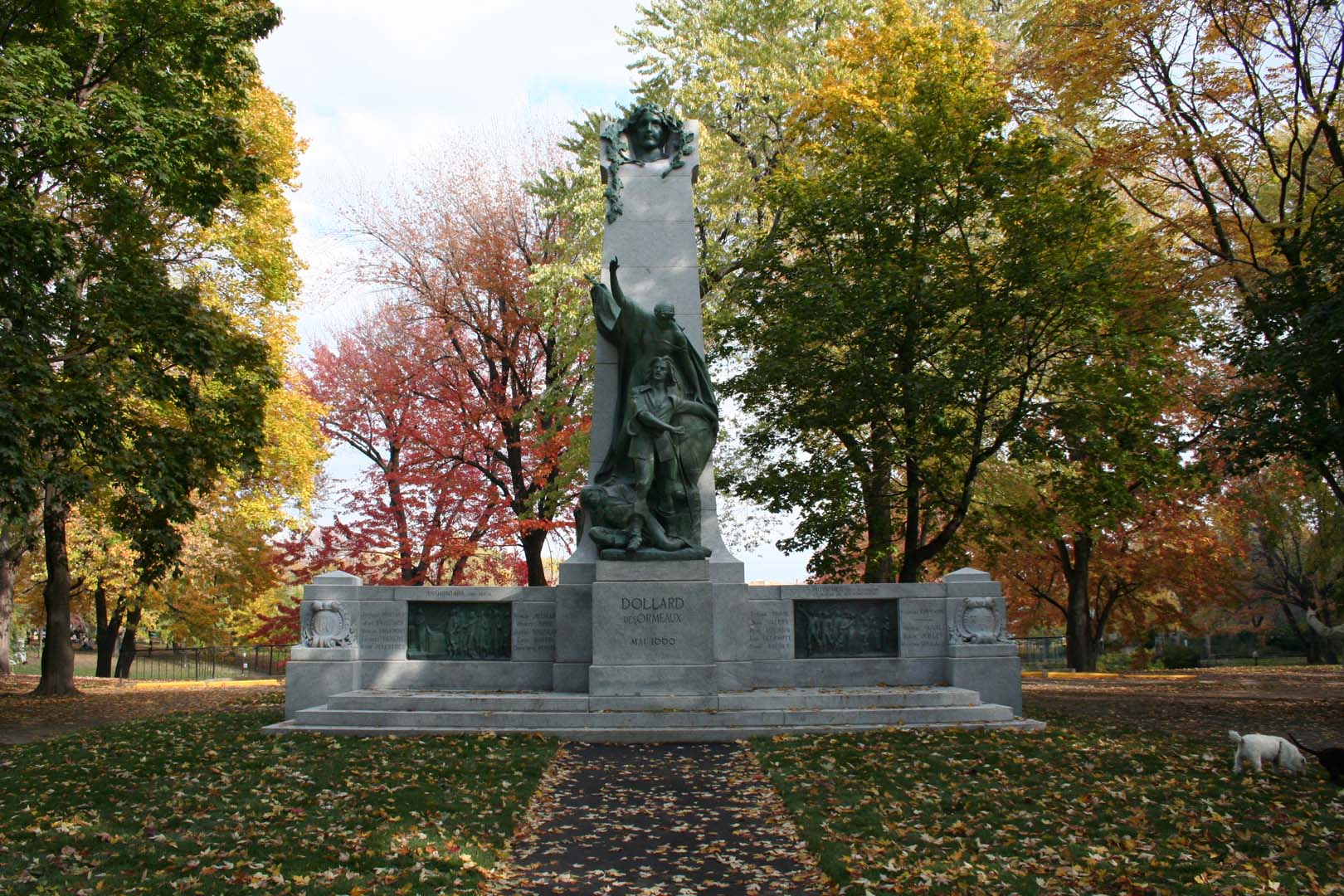 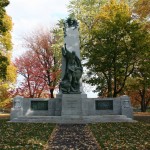 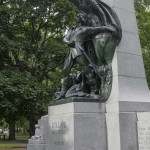 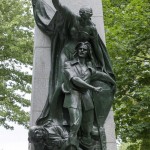 Commemorating an important – but controversial – event in Canadian history, Alfred Laliberté’s Monument à Dollard des Ormeaux illustrates the heroism, courage, and tenacity of the man who personified the nationalist sentiment and the desire to write the history of Québec that ruled at the time.

The reading of the bronze sculptural grouping is guided by the imposing pedestal produced by the architect Alphonse Venne. In an original shape for the time, it created order for the different elements of the composition. To the left and right, bas-reliefs relate the events of the battle; in the centre, the statuary ensemble can be viewed from the front only; above, the allegorical figure of France towering protectively over the heroic figure is surpassed only by the triumphant face of New France at the top of the column.

The work combines the realism of the main figure with a profusion of symbols (lily, maple leaf), adding an important semantic aspect to the event commemorated. This work, one of the most notable of Laliberté’s career, is influenced by the work of Auguste Rodin and the style in fashion in the early twentieth century at the Salon des artistes français in Paris.