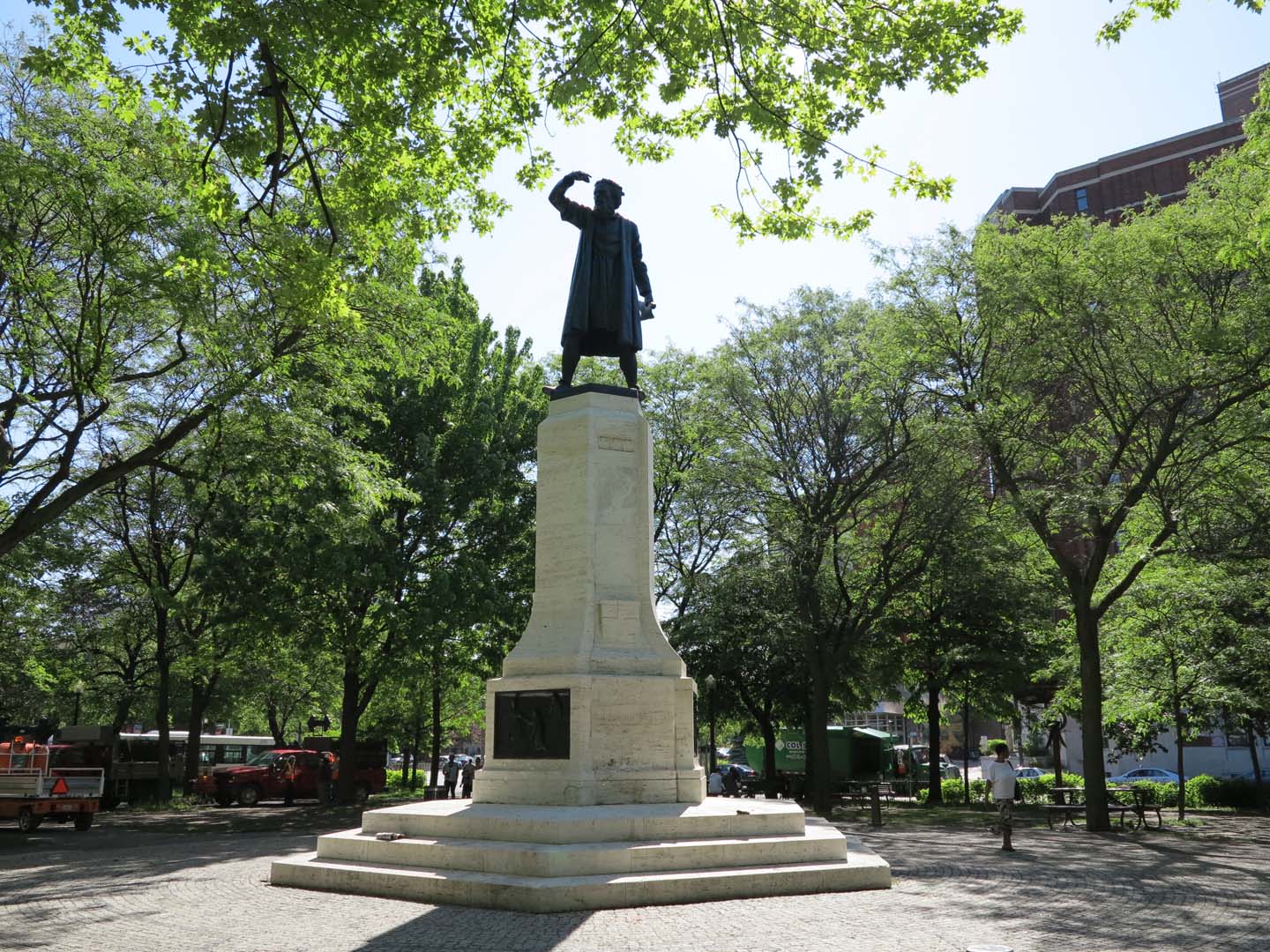 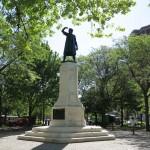 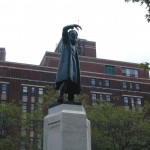 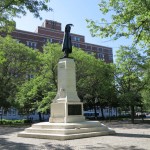 Guido Casini was born in Castelfiorentino, Italy, in 1892 and immigrated to Montréal in December 1924. He brought with him an extensive education in fine arts, including training in the tradition of commemorative monuments from the best Italian schools: the School of Decorative and Industrial Arts in Florence, from 1905 to 1910, and the Royal Institute of Fine Arts in Florence, Rome, and Venice, from 1910 to 1915. Casini had produced a number of private, religious, and public commissions before being commissioned to produce the monument to John Cabot. His monument to the Venetian navigator reflects the Florentine artistic heritage of the Quattrocento (as the fifteenth century was known in Italy), a period when art stripped of all spiritual influence flourished.

A symbol of the Italian diaspora in Montréal, the monument to John Cabot was intended to solidify relations between Italy and Canada a few years before the Second World War broke out. It commemorates the Genovese navigator and the events surrounding his expedition to North America. At the top of a pedestal arises the figure of Cabot, intensely scrutinizing the horizon and towering over the square baring his name. He holds in his hand the royal authorization that Henry VII of England had just granted him to leave in search of a westward maritime route to India. Bas-reliefs of historical scenes on the stone base complement the sculpture of Cabot, portraying three moments in his voyage (the mission, the departure, and the arrival). Three escutcheons also adorn the base: the coat of arms of Henry VII, featuring leopards and English and French lilies; a coat of arms featuring a winged lion – the emblem of St. Mark, the patron of Venice – whose left paw rests on an open book bearing the inscription Pax tibi Marce evangelista meus (Peace to you, Mark, my evangelist); and the coat of arms of Cabot, featuring a shield adorned with a Greek cross.