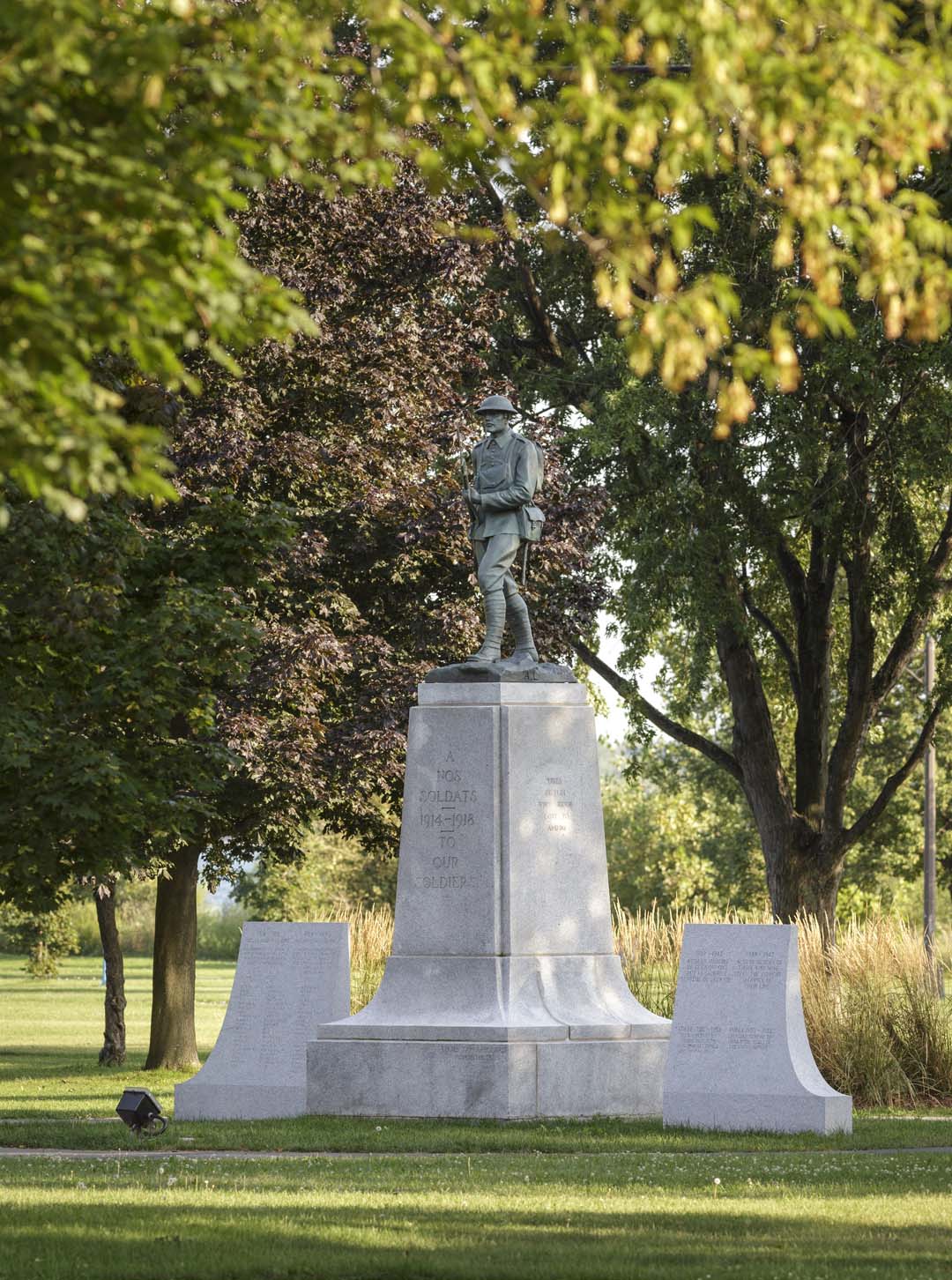 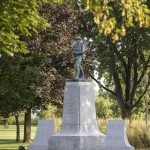 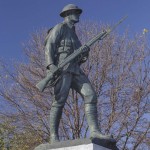 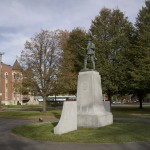 Situated in Parc Stoney Point, near Lake St. Louis, the Monument aux braves de Lachine is a bronze sculpture portraying a Canadian infantryman wearing a British military uniform of the First World War era. Armed with a traditional rifle with bayonet, the soldier wears a beggar bag, a backpack, a military belt, and a Mark I helmet.

Standing on an imposing hewn-granite base, the monument was originally dedicated to Lachine soldiers who died in the First World War. The names of these men are engraved on the stele to underline their contribution to the homeland. The mentions added over the years have transformed the monument into a tribute to all Canadian soldiers who sacrificed their lives in service to their country in wartime.

The only war-commemoration monument produced by Laliberté, the artwork was completely restored and moved in the late 2000s, testifying as much to the respect that Canadians and levels of government have for veterans as to recognition of the importance of this artwork in the history of Quebec art. Even today, the cenotaph is a central feature of Remembrance Day ceremonies in Lachine.