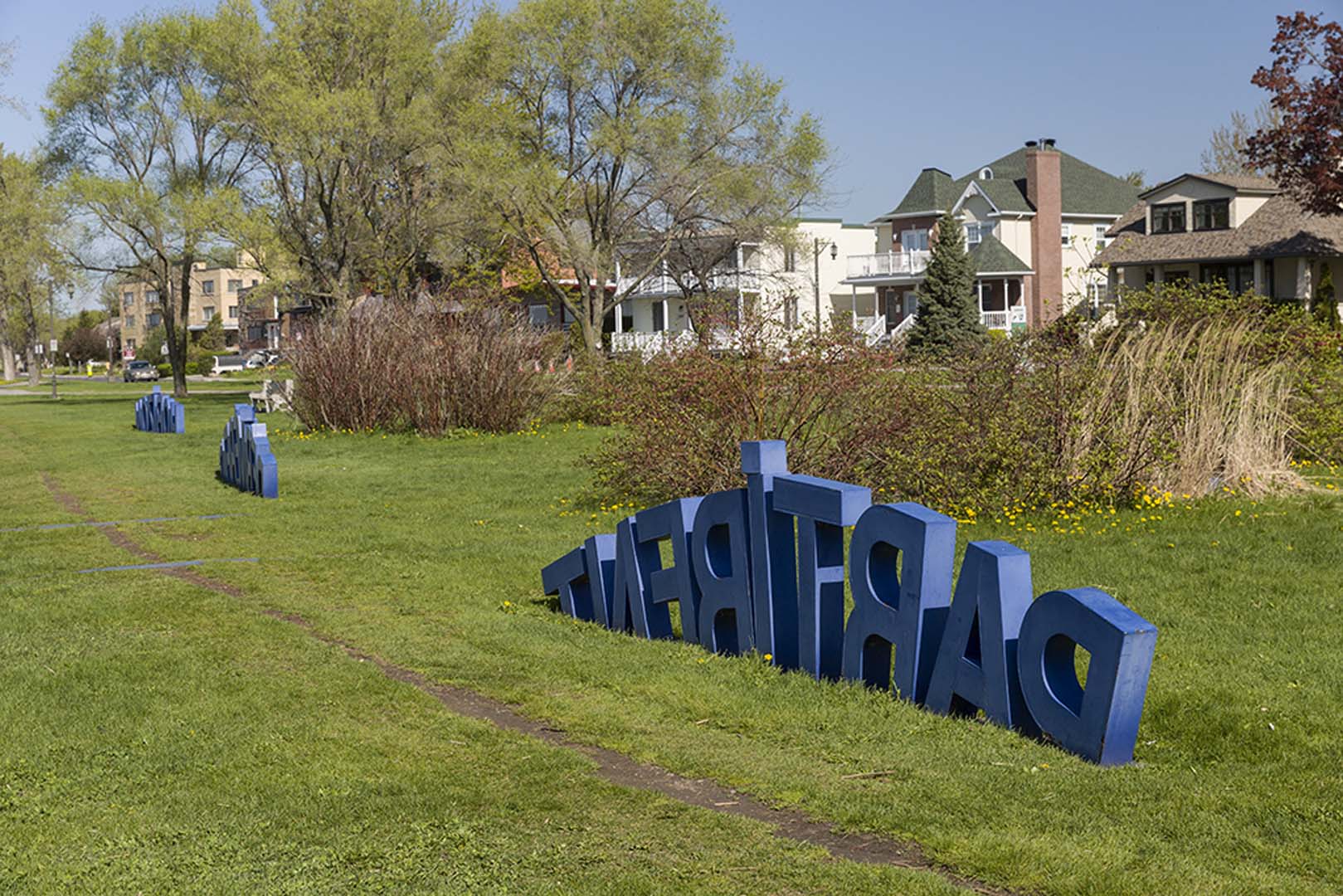 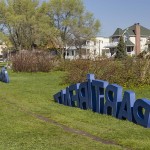 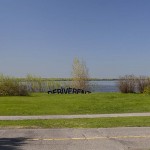 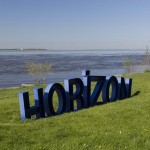 Rose-Marie Goulet has produced numerous works of public art in Québec. Educated at the Université du Québec à Montréal (bachelor’s degree), Concordia University (master’s degree), and the École nationale supérieure du paysage de Versailles (internship), she focuses her art practice on the visual aspect of words so as to distance them from their linguistic meaning and transform the space in which they are found. Among her important artworks are Monument pour A at the Centre des congrès de Québec and Effets publics at Concordia University, a group project of integration of art with architecture.

The meaning of these words – “they departed,” “they drifted,” “horizon” – evoking a voyage or ocean crossing, is supported by the positioning and colour of the letters, which refer to the two spaces of travel that are water and sky. Viewers strolling in the park can thus observe the horizon and fantasize about leaving on a journey.

Monument pour L is notable for its integration into the landscape. Originally, there were 350 steps between the shore and the artwork, giving the impression of a coming-and-going between the two elements. In 2000, for conservation reasons, the space was relandscaped to include two paths: one linking the artwork to a circle surrounded by bushes symbolizing a temporary encampment; the other to a shrub that commemorates those lost at sea. Thus, the words forming the artwork should be understood not as a message transmitted but as an appeal to a poetic reading of the site and its semantic potential.