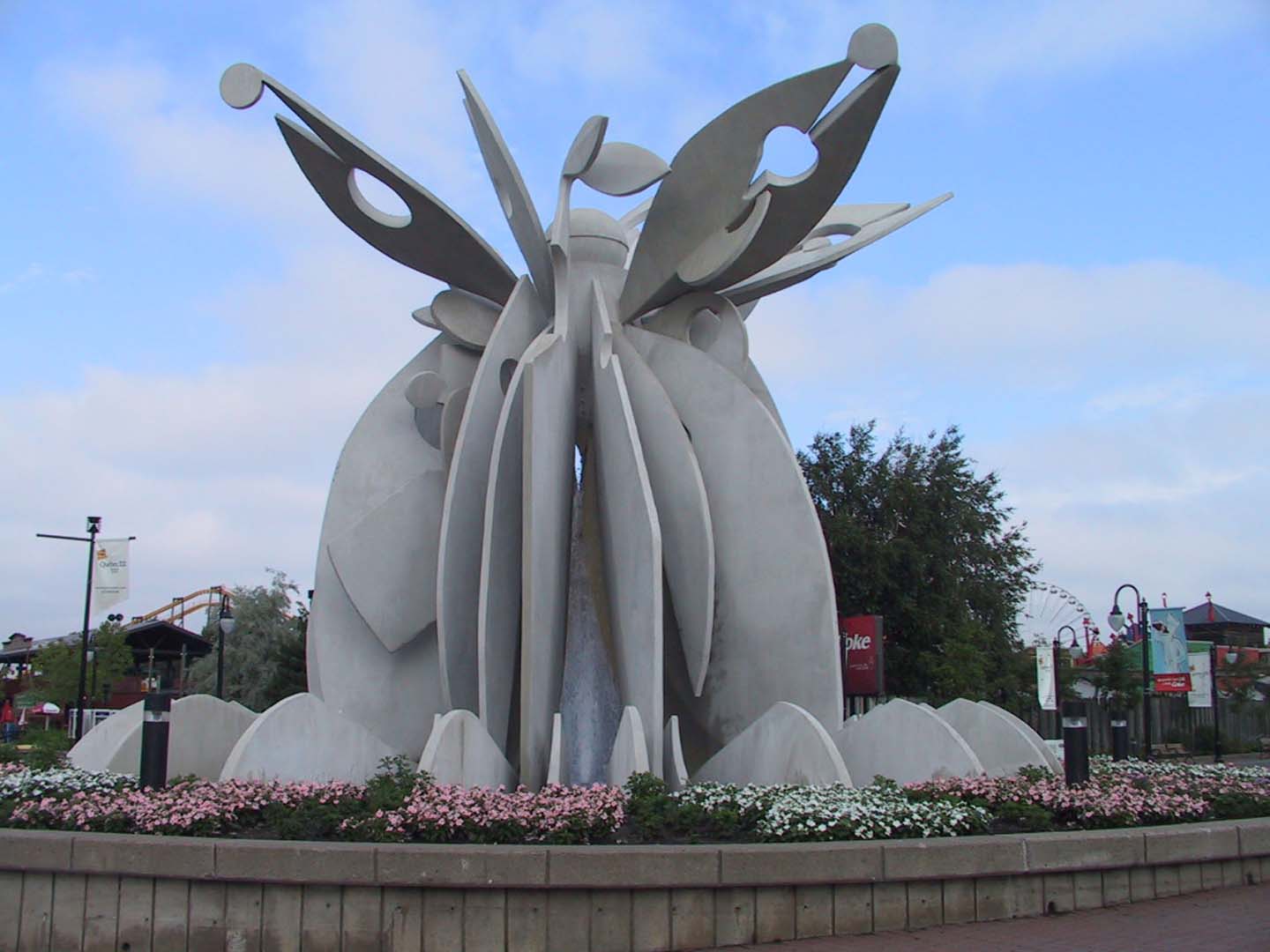 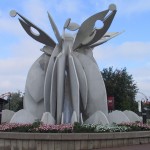 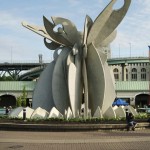 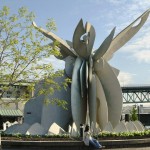 After working in advertising for 15 years, Gerald Gladstone (1929–2005) decided to devote himself full-time to art. Although he had no formal art education, he had a major career that included a number of solo and group exhibitions. He is best known, however, for his numerous public art projects. For example, in 1972, he produced the fountain-sculpture Female Landscape, installed in the esplanade of Place Ville-Marie, in Montréal. Four years later, he created Universal Man, a 6.5-metre tall bronze sculpture, for the CN Tower in Toronto.

The artwork is situated at the entrance to La Ronde, on St. Helen’s Island. It is a fountain-sculpture composed of 31 reinforced concrete sails and a central support, as well as 48 rudders, also made of reinforced concrete and placed around the circumference of the central part. The sails and rudders are set vertically and on various inclines. They all converge toward the centre, where a water jet flows. The upper part of the work is formed of oblique shapes resembling leaves and pointing in different directions.

The use and arrangement of ovoid forms, comparable to that of leaves and petals, earned this artwork the nickname Artichoke, although it is not related in anyway to the plant or organic world. In the artist’s view, it represents the elliptical curve described by Earth in its orbit around the Sun. This curve is here multiplied and “solidified” in a symbolic representation of our terrestrial world.

“Art is the giving of concrete form to what we feel and understand about the universe, as individuals and a society. The shapes thus created symbolically convey the abstract or complex realities that are revealed to us by, among other things, science.”