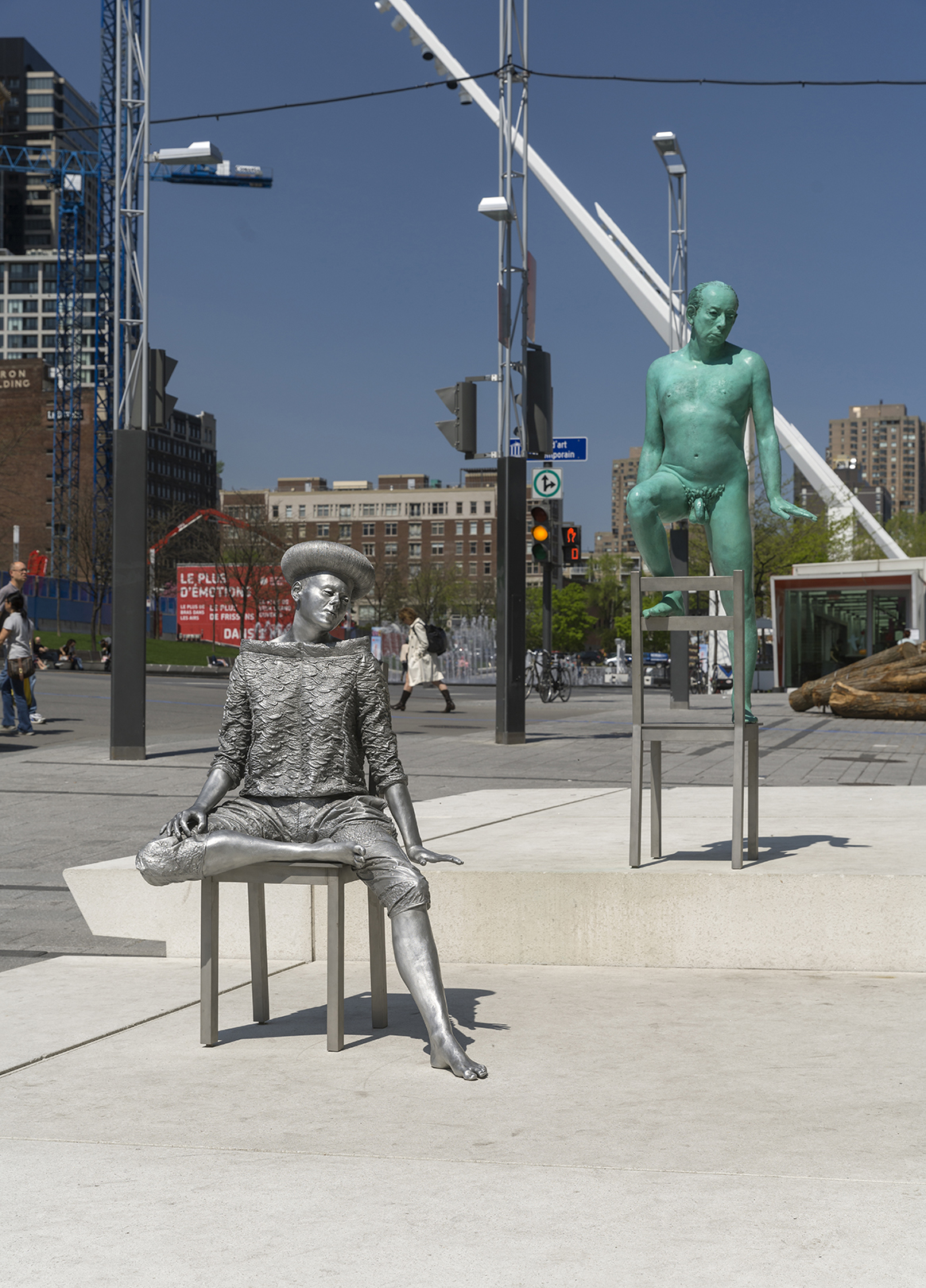 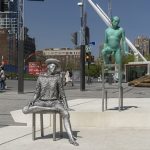 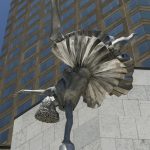 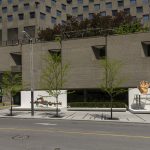 Stephen Schofield was born in Toronto; he lives and works in Montréal. He holds an MFA, visual arts, from Concordia University, Montreal (1982) and a BFA from York University, Toronto (1975). Since 1999, he has taught in the School of Visual and Media Arts at the Université du Québec. Through drawing, sculpture, and performance, figurative representation of the human body is at the core of his practice. His artworks have been exhibited in Canada and abroad and are in the City of Montreal’s collection and those of the most important Canadian museums.

This major artwork by Stephen Schofield was designed in five scenes. The progression of compositions creates a narrative referring to different performance disciplines. The various portrayals of the hand are linked to the power of illusion, to performance, to play, and to the quest for the appropriate gesture. The multiple geographic points of view offer a wide register of readings.

Le figurant et celle qui regarde is composed of two bronze figures: the actor, standing in precarious balance on a steel chair, copying the gesture of the director, sitting on a second chair. In this realistic, expressive tableau, Schofield draws on the psychological tension between the two characters.

La procession is a composition of five bronze sculptures of children carrying a gigantic figure made of steel plates. The scene evokes allegorical processions during old-time festivals devoted to a hero or a tyrant.

La cadence offers a graphic form created from the découpaged composition of a hand in circular movement in space, reproduced on a large scale. The openwork aluminum tube stretches horizontally on its stand. The movement represented suggests the transition from two-dimensional to three-dimensional while referring to applause and the gestures of an orchestra conductor.

Le théâtre de l’intime presents two pairs of oversized cupped hands made of concrete, with pierced fingertips to let light pass through. The detail of children’s hands is visible within the two shells. The sculptures are set on a metallic frame designed as a stage riser.

Tenir en équilibre embodies, through sculpture, a female figure whose body is held horizontal in space, balancing on her hand at the top of an aluminum mast. This tableau evokes the virtuosity of contemporary dance. In addition, the weightlessness of the body, the crinoline skirt, and the disproportion of the figure’s supporting hand contrast with the realistic treatment of the other elements, referring to the fantasy of cartoons.