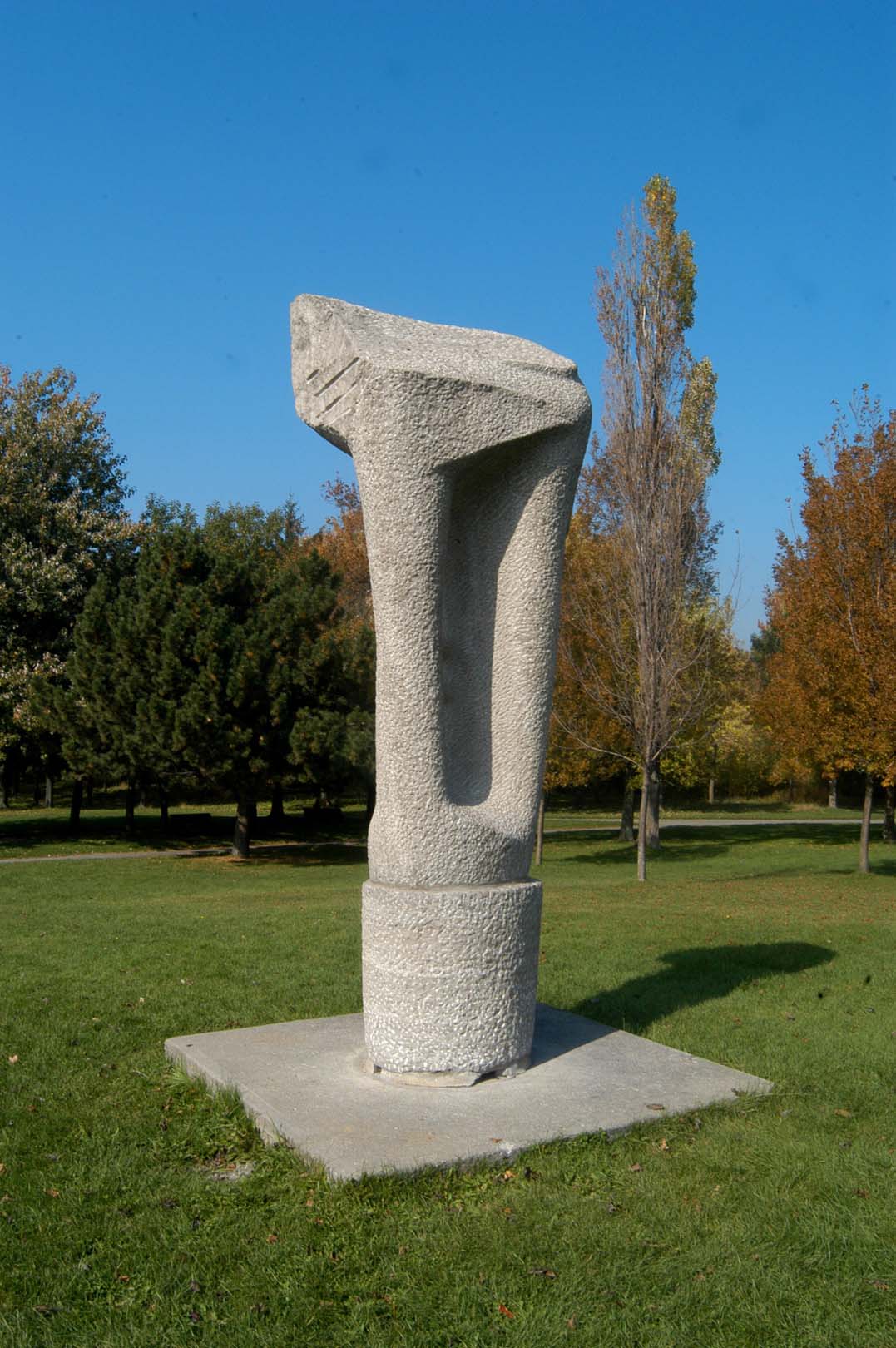 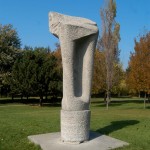 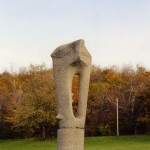 Agustin Cardenas was born in Cuba in 1927. He studied at the San Alejandro Academy of Fine Art and then emigrated to France in 1955. His career took a new turn and he subsequently travelled to Japan, Austria, and Israel, but most importantly to Italy, where he worked in stone and bronze.

Cardenas’s works are included in a number of public and private collections and on display in the public space, notably Antillean Couple (1957), in Philadelphia, and Porte d’Eau (1973), in Passy, France.

From a concrete base rises an abstract sculpture formed of an elongated, pierced cylindrical stone mass. Situated near the other artworks produced for the event in Mount Royal Park, Cardenas’s monumental sculpture is covered with a patterned finish that recalls the artist’s performance on the material, produced before an audience.

The pointed top refers to the ramparts of a roofline and takes the form of a fragment of a eccentric temple, the rounded columns of which converge into a single piece. However, it is the biomorphic dimension of the work that dominates. In the view of Guy Viau, one of the Symposium organizers, the curves “suggest that the human body has been buried by osmosis in the stone and animates it by magic.” 1

This interpretation underlines the vaguely phantasmagorical impression that the artwork gives. Like the wooden “totems” that he produced throughout his career, the sinuous, mysteriously evocative lines of this sculpture recall Cardenas’s surrealist roots in the 1950s, when he worked with André Breton.