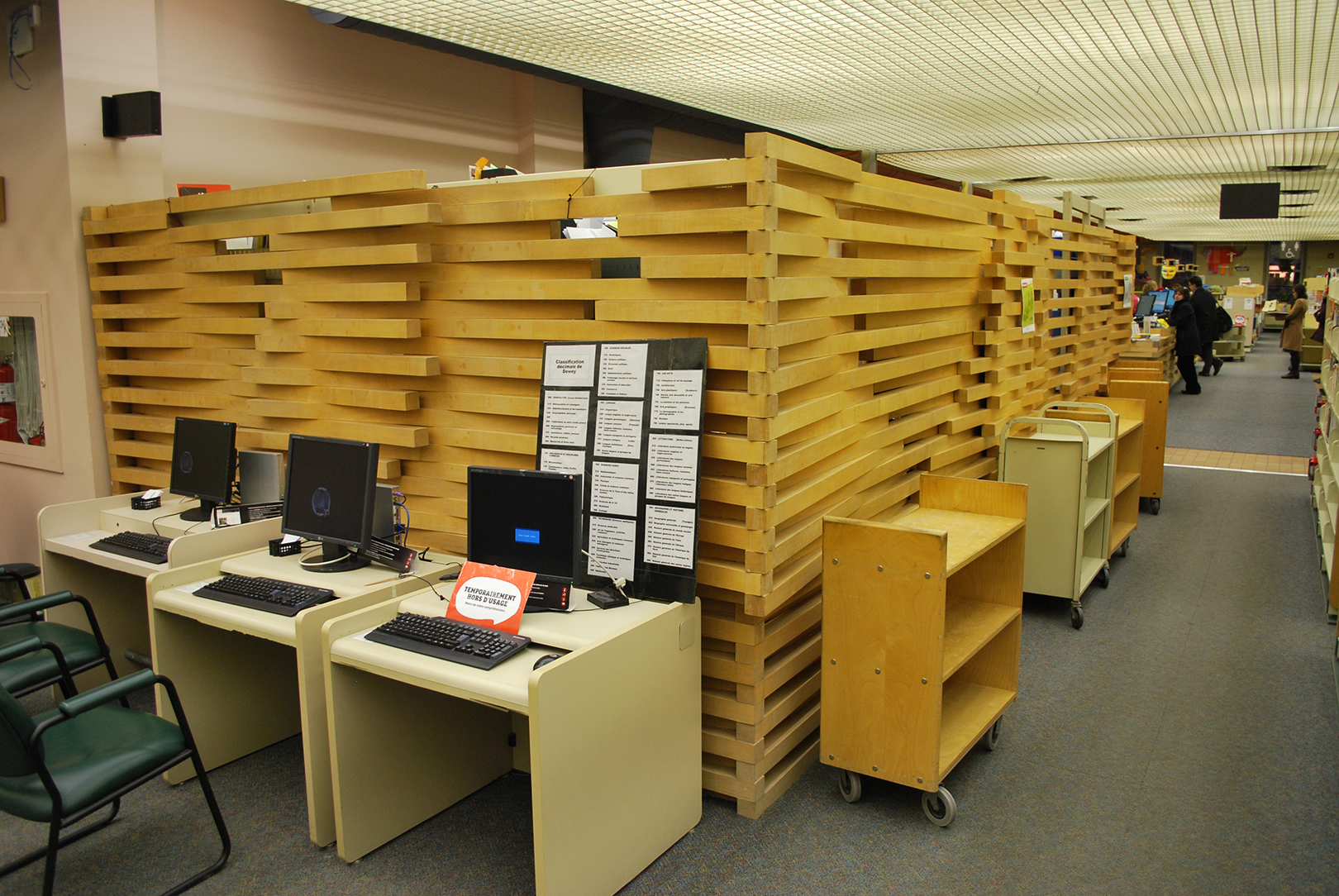 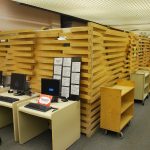 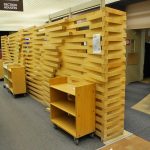 Since 1975, her work has been included in numerous solo and group exhibitions in Québec and abroad. She has also produced a number of works of public art, including Transcription 92 (1992) at the Centre Pierre-Péladeau and Kristallnacht (Nuit de cristal) (2003) at the Montreal Holocaust Museum. In 2006, her work Liber was presented to UNESCO by the Ville de Montréal on the occasion of the event Montréal, World Book Capital.

This artwork blends so well with the library’s furnishings that it passes almost unnoticed. It is composed of two groups of maple beams piled on each other in an irregular fashion. One of the groups serves as a cover for the reception counter, and the other serves as a partition screen to define a workroom for employees.

In 1990, a section of the artwork, which was initially composed of three elements (including one partition situated east of the reception counter) was withdrawn so that computer workstations could be installed. To compensate for this modification to the initial project, the Ville acquired another of the artist’s works, Colonne stèle (1987), accessible to the public in front of the partition screen on the south wall of the library.

The rhythmic arrangement of the beams, which are somewhat disorganized and yet fixed and solid, echoes the havoc of a library in which the culture of knowledge is rooted – a theme reflected in many of the artist’s works.