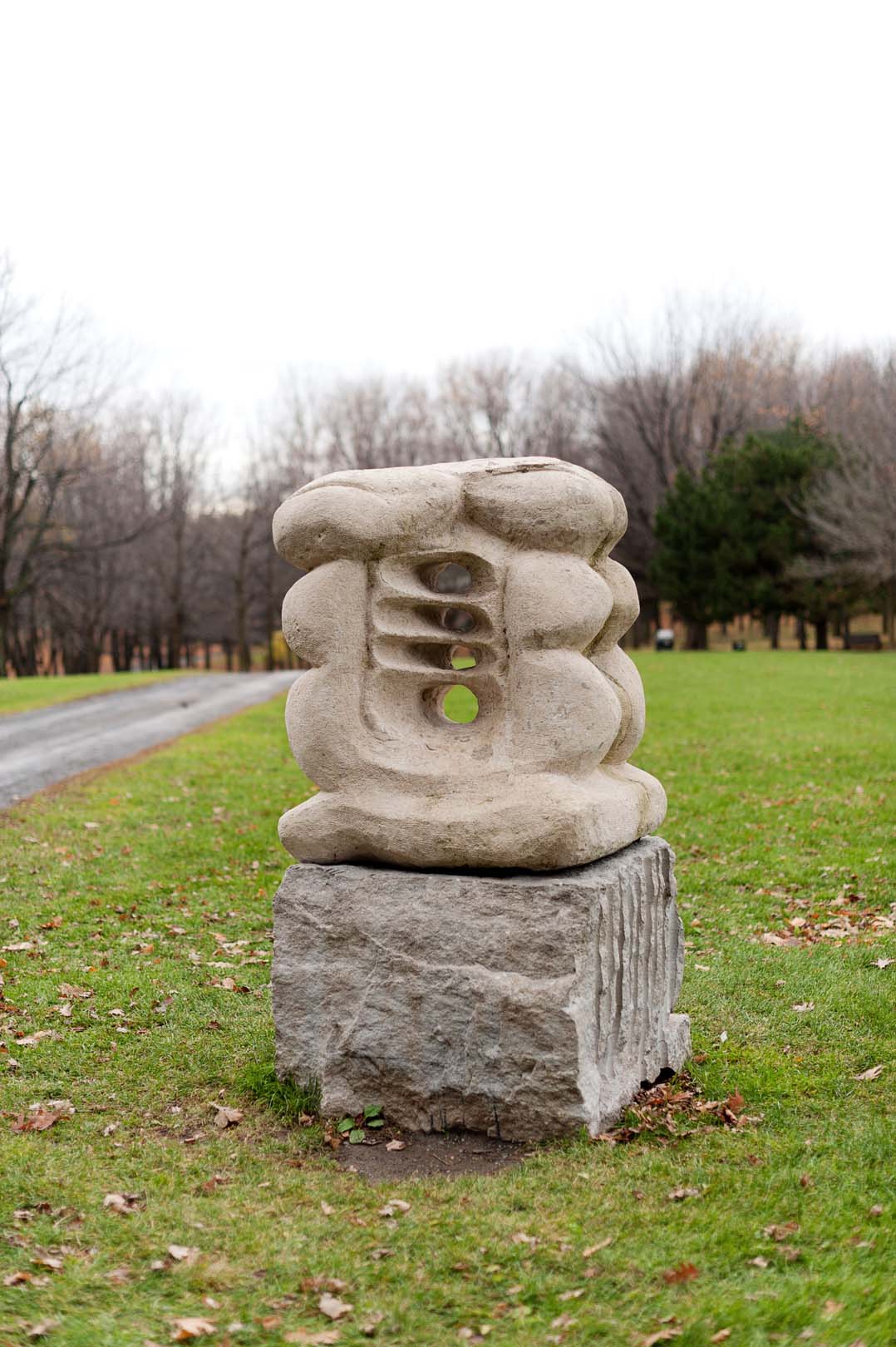 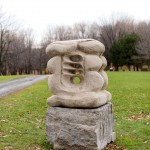 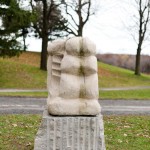 An American sculptor and printmaker born in Minneapolis, Shirley Witebsky (1925–66) went to university in her hometown; in 1952, she went to Paris, where she studied with Stanley Hayter at Atelier 17. There, she met her husband, Krishna Reddy, with whom she went to Montréal in 1964 for the International Sculpture Symposium.

Sitting on a limestone base is a monolithic dolomite sculpture composed of curved reliefs integrated with a centre perforated in four places. The relatively small work seems discreet and delicate in this part of Mount Royal Park, which is dominated by many large sculptures.

It is not for its dimensions that Witebsky’s sculpture stands out. Instead, the organic nature of its rounded forms creates a sense of closeness and intimacy that encourages introspection in the viewer. In addition, the piece’s sinuous silhouette exudes sensuality.

Interestingly, the sculpture was created as the result of an unforeseen event. At the last minute, it was announced that the representative from the United States would not be present at the symposium, and this gave Witebsky, who was married to participant Krishna Reddy, the opportunity to take part unofficially in the event. She was also the only female artist to participate.