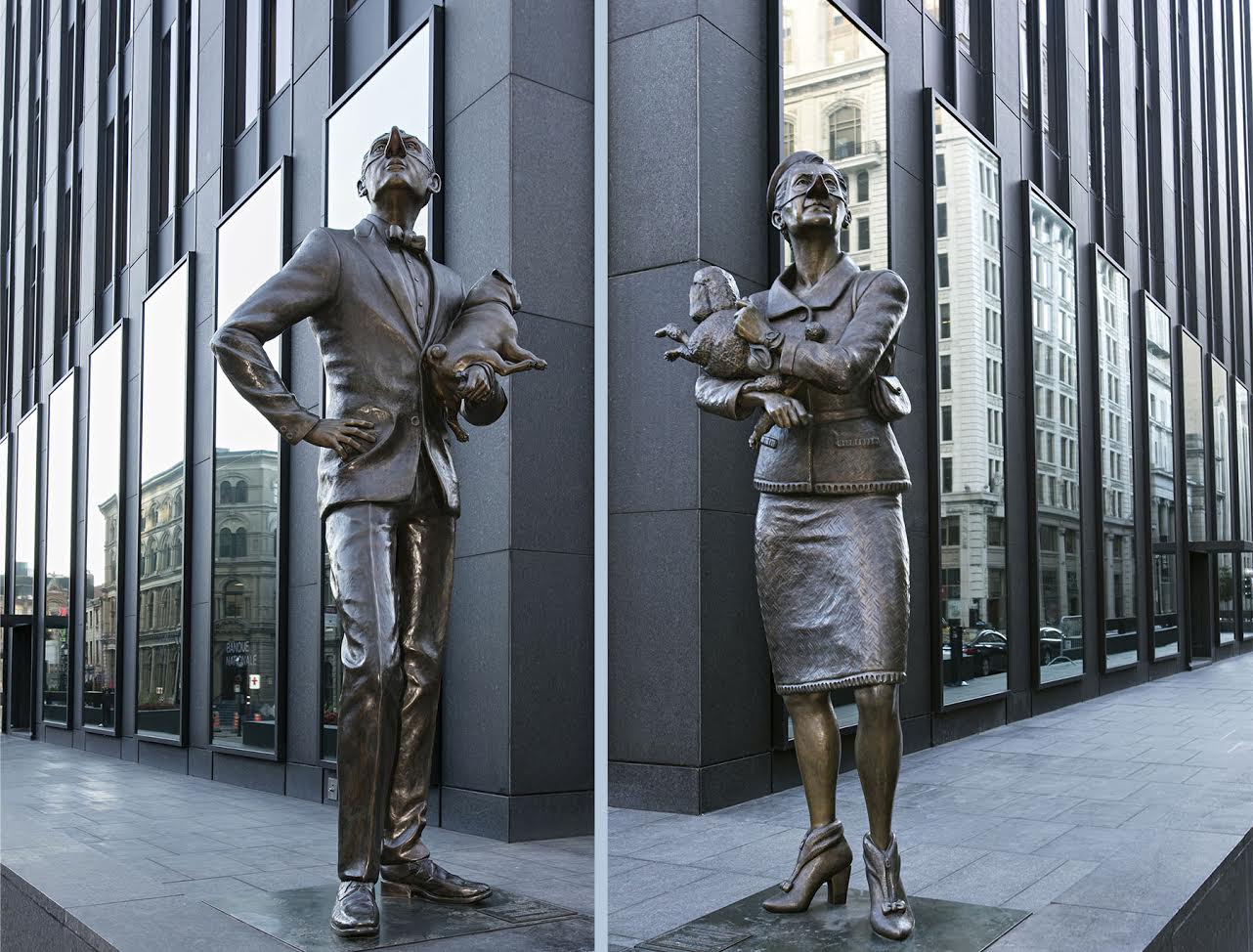 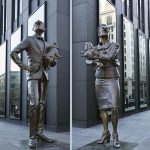 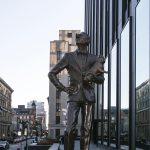 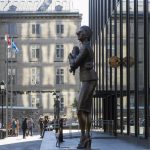 Marc Andre J. Fortier is born in Montréal, Québec. Faced with chaos, over-consumption and uncertainty within modern society, he questions the actors that we are with irony and occasional sarcasm. For him, all the elements of our world, be they living or inanimate, are animated by the same life and are confronted in an apparently irrational order: faces are human and robotic at the same time while objects are as much inanimate as they are animated. The art of MAJ Fortier takes place in the realm of reality and the mundane by affirming the durability and permanency of human attitudes: snobbery and elitism, envy and pride, boredom, untruthfulness and solitude. [text Marie-Andrée Brière]

The inspiration for this work comes from the Commedia dell’arte and Two Solitudes from novelist Hugh MacLennan; these two snobs set up an ironically touching scene of the cultural distance between English and French Canadians.

A dashing looking English man, holding his pug, gives a superior stare at Notre-Dame Basilica, symbol of the religious influence on French Canadians. Feets away to the northern corner of the building, a woman in Chanel style suit, poodle against her, shoots an offended look to the Bank of Montreal’s head office, built in 1845-1847 and symbol of English power. With their masters oblivious to each other, the two dogs on the alert already sniffed out the opportunity to unite.