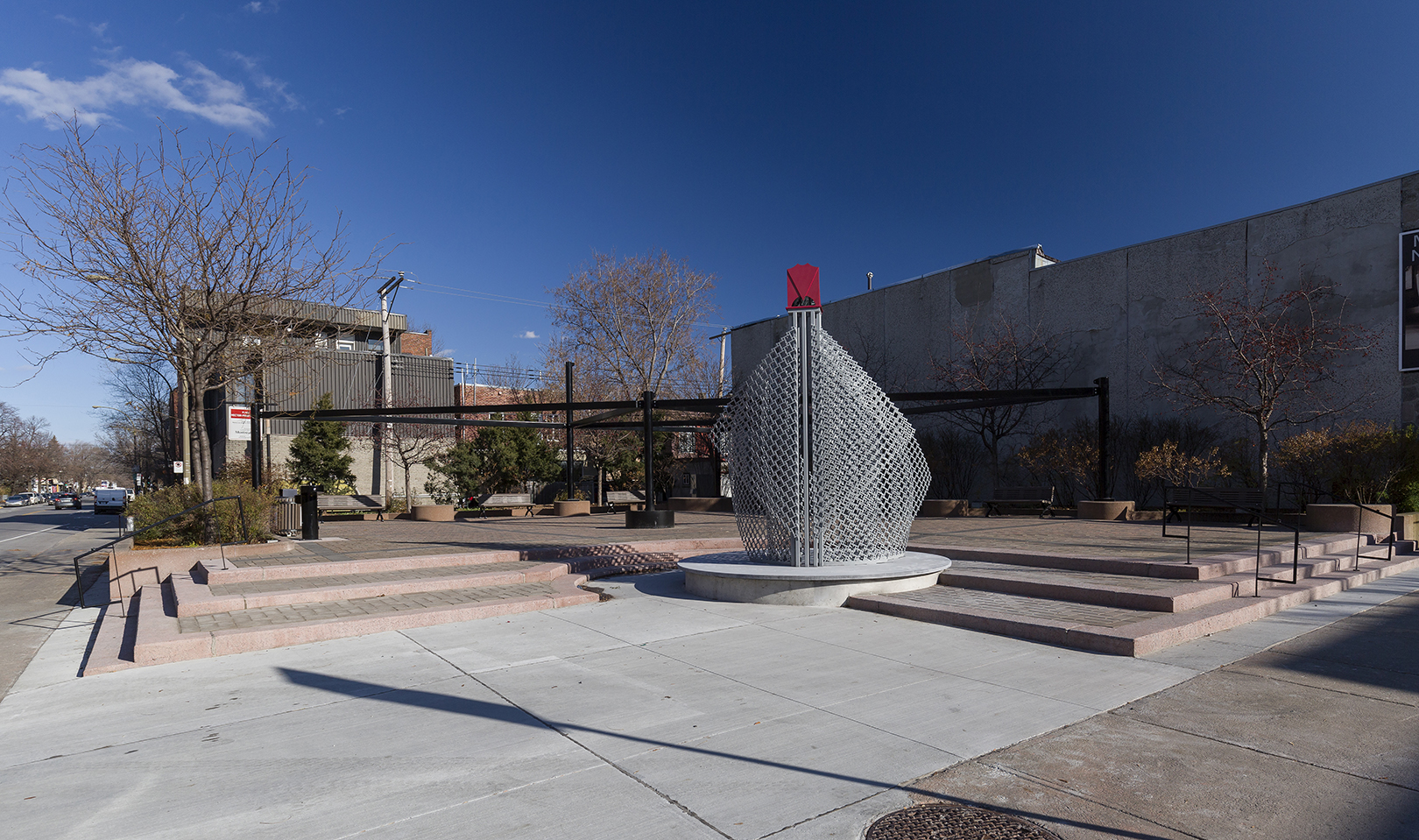 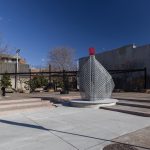 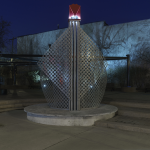 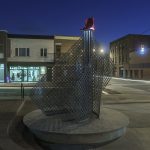 Installed on a round concrete base, the sculpture deploys twisting graphic layers representing a monumental wedding dress. This allegorical composition, made of sheets of steel mesh, is anchored to a central axis formed of tubes and crowned with a small red geometrical form evoking a corsage.

Situated at the entrance to the Parc Hector Prud’homme esplanade, the sculpture acts as a point of reference on Saint-Hubert Street. The effects of the light passing through the majestic silhouette confer a certain theatricality upon it: the shadows stretch on the ground with natural daylight, whereas the artificial evening light, lighting the red plane of the corsage, accentuates its status as a beacon within the promenade.

The narrative aspect of Une architecture d’air is induced both by the notion of contrast and as a metaphor inviting several levels of reading. For instance, a cold, rigid material is used to portray an object characterized by fluidity and lightness. The motif of the checkered pattern of the metallic mesh may evoke the urban fabric or the perpendicular configurations of Montreal streets.

In addition, Viger creates a historical dimension by creating a bridge between the neighbourhood’s current activity and the varied history of “Plaza Saint-Hubert.” By evoking its folklore, she preserves the memory of a mixed artery that seems to resist modernity.

“The title Une architecture d’air covers a range of observations that speak at once to the physiognomy of the place, the abundance of wedding dresses in the Plaza Saint-Hubert windows, and the essential vitality of the builders, releasing a diagonal force (of the past and future combined – H. Arendt), the perfect metaphor for a community here, a plaza, a neighbourhood, a public square, a city – which is precisely the stubborn will to endure. This is apparently the infinite resource of human beings.”
– L. VIGER