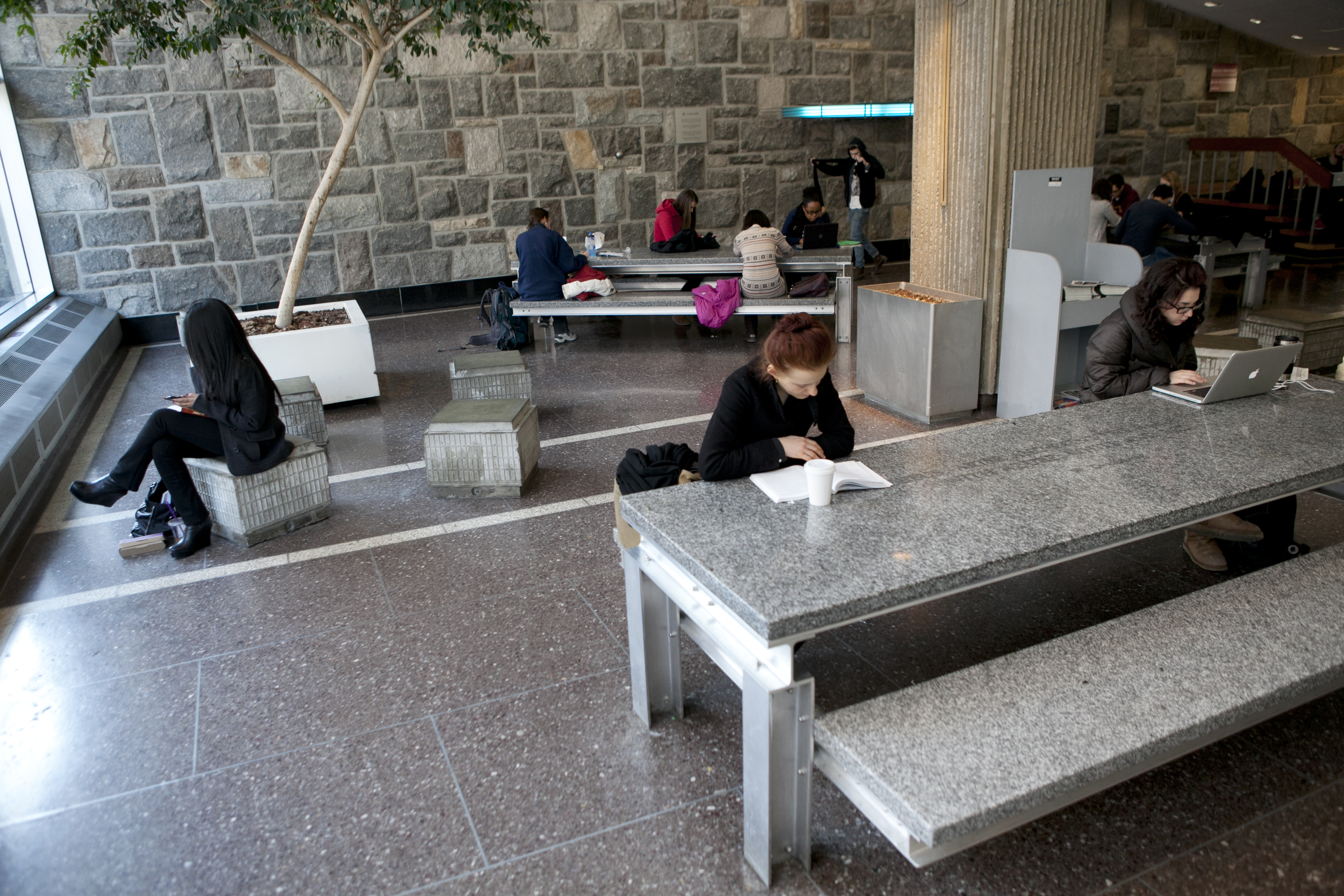 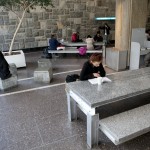 All three artists are affiliated with Concordia, Aquino is an artist-architect. Sloan is an art historian and critic and Walter is a visual artist.

This installation is dedicated to the memories of four professors who were shot and killed in Concordia University’s Hall building on August 24, 1992.

Following the tragic incident, a competition was launched for the creation of a monument, amongst the Concordia community. The chosen project was conceived by a team including Eduardo Aquino (artist/architect), Johanne Sloan (art historian), and Kathryn Walter (visual artist). They collaborated with the Douglass, Hogben, Saber and Ziogas families in the process of creating this interactive memorial installation.

The monumental granite picnic-style tables are inscribed with the victims’ names, along with quotations provided by their loved ones. Throughout the space,  there are concrete blocks that are miniature replicas of the Hall building,  while a horizontal neon light radiates on the stone wall in the background. The combined elements function as a permanent historical marker, and a call to thoughtful engagement.  Members of the Concordia community are invited to use the memorial installation for study, contemplation, interaction and assembly.

The quotes inscribed on the tables:

Matthew Douglas: “If we succeed in giving the love of learning, the learning itself is sure to follow.” (Sir John Lubbock, The Pleasures of Life)

Michael Hogben “Whoever is a teacher through and through takes all things seriously only in relation to his students – even himself.” (Friedrich Nietzsche Beyond Good and Evil)