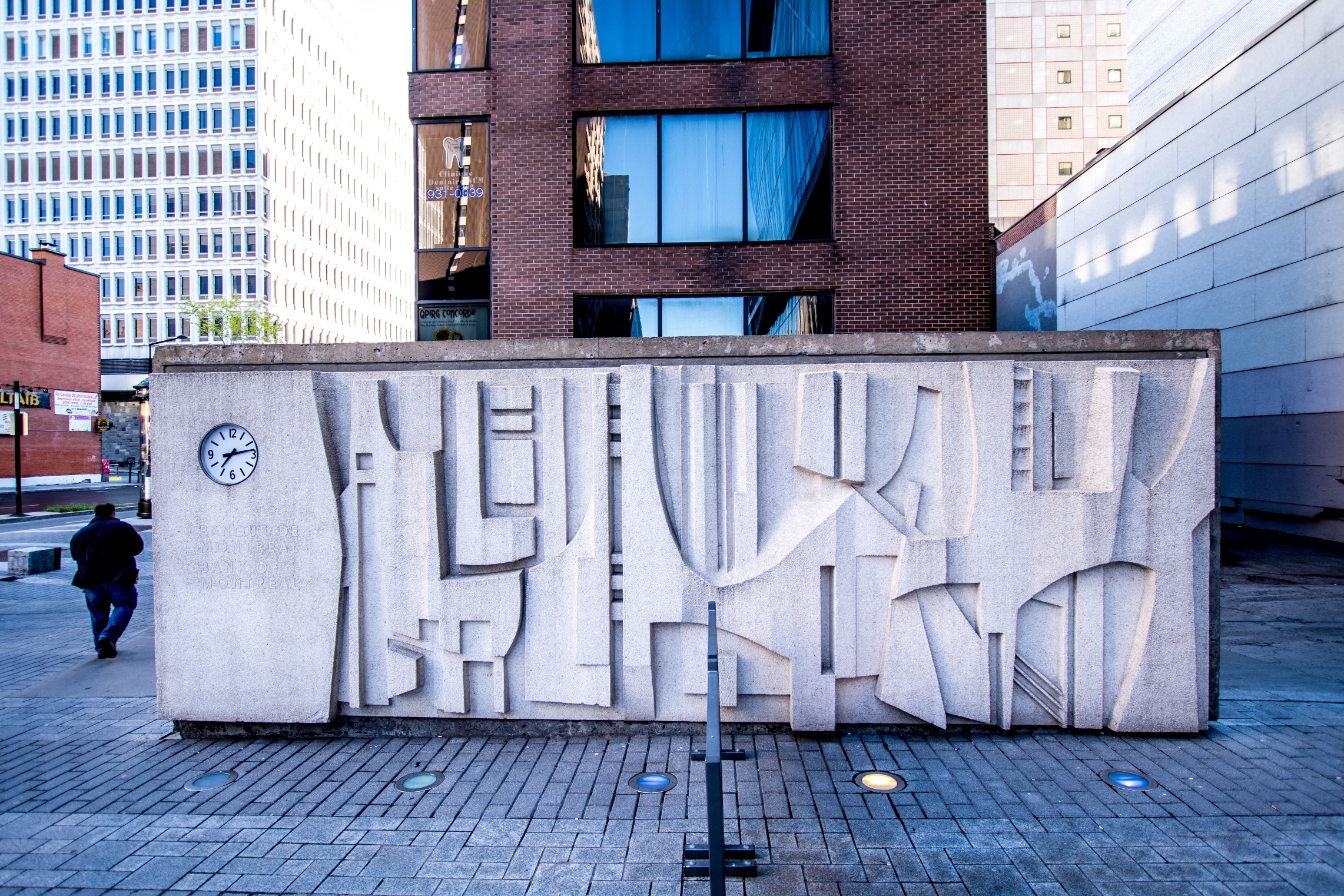 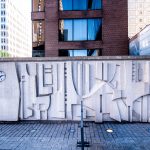 At age 16, Claude Théberge was admitted to the graphic art program at the École des beaux-arts de Québec, where he studied with Jean-Paul Lemieux and Jean Dallaire from 1950 to 1954. From 1954 to 1960, he lived in Paris, where he studied, successively, at the École nationale supérieure des beaux-arts, the École du Louvre, André Lhote’s academy, and the Académie de la Grande Chaumière. In 1963, having returned to Montréal, he founded Atelier Claude Théberge, bringing together 10 artists from various disciplines interested in the integration of arts with architecture, including Marcel Gendreau.

First proposed by the Montreal transit system, then commissioned by the Bank of Montreal, the mural (intended to beautify an air vent) was sculpted first as a Styrofoam mould and then cast as a single piece of concrete. In Montreal, between 1960 and 1968 Claude Théberge founded an art and architecture-integrated workshop. This work, like many of his public sculptures from the time is intended to unify art with the surrounding urban environment.