The Corporation de développement urbain du Faubourg Saint-Laurent has the mission of acting concretely in its designated territory to create an environment propitious to the economic, cultural, and community viability and vitality of the neighbourhood.

Its intervention fields include representation, liaison, guiding members, promotion, cleanliness and safety, embellishment, and highlighting of the borough’s spaces and establishments.

Through cooperation with projects such as the one by Art public Montréal, the CDU emphasizes its commitment to contributing to the city’s effervescence and cultural visibility. 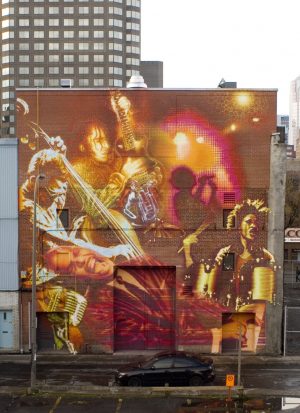