This emblematic work, located on the roof of the Musée d’art contemporain (MAC), has been reprised in France. In 2011, a mosaic copy was installed in the underground passage linking the Saint-Augustin station of the Paris metro with the Saint-Lazare train station. The donation of the work by the Société de transport de Montréal to the Régie autonome des transports parisiens (RATP) commemorates the 50th anniversary of Montréal’s metro system and the RATP’s technical contribution to its construction. The gift is also a nod to the Entourage Guimard, the entrance portico of the Paris metro installed at Square-Victoria-OACI metro station in 1967.

La Voix lactée accompanies pedestrians on their daily commute, taking them out of the dreariness and projecting them into a poetic space: that of the body, mouth, voice, language and words. Beyond its artistic value, this gift is an expression of the spirit of cooperation and fraternity that unites Montréal and Paris. 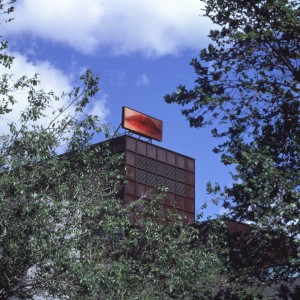 Press release (MAC) Montréal, November 11, 2015 – The Musée d’art contemporain de Montréal (MAC) is pleased to announce that it is Art Public Montréal’s featured partner for the month in November. This endorsement falls squarely within the Musée’s mission to promote contemporary art in the heart of Montréal life, an endeavour that extends well […]