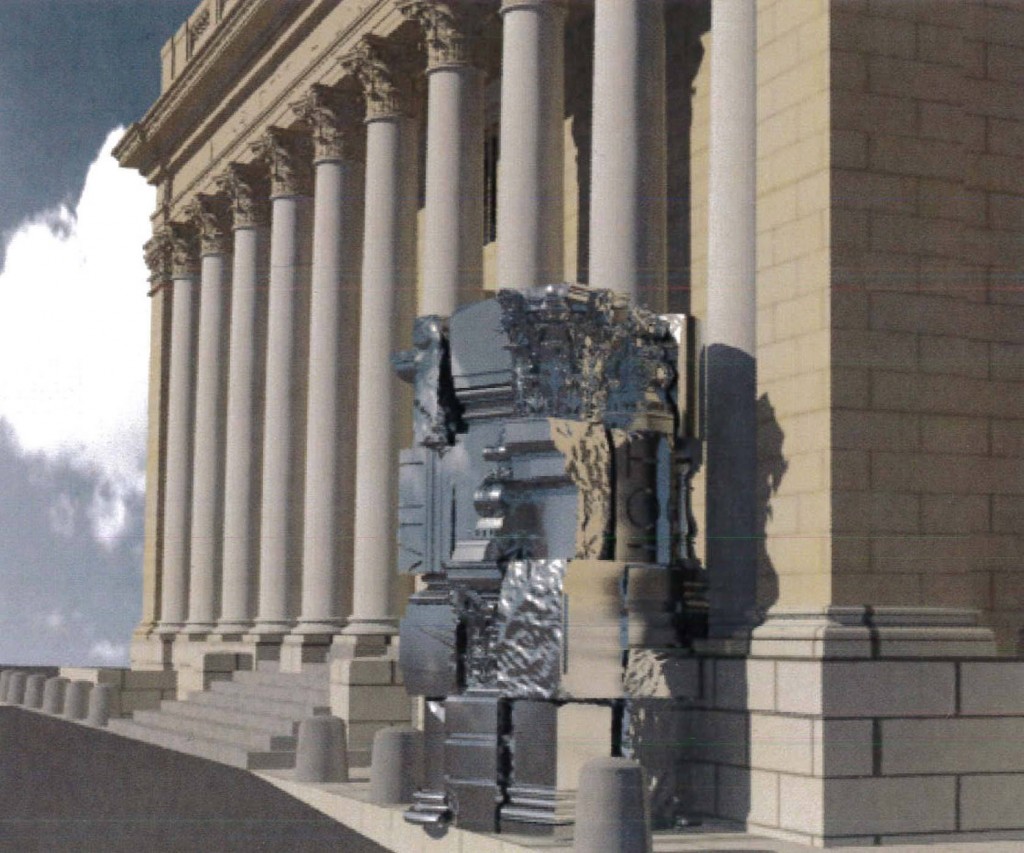 The artist Yannick Pouliot will highlight the old Bibliothèque centrale de Montréal with his artwork Dialogue.

In January 2014, a public notice launched by the city invited professional artists to submit a public art project. Three finalists were selected: the duo of Philippe Allard and Justin Duchesneau, Patrick Bernatchez and Yannick Pouliot.

As described by the Public Art Bureau, the chosen project consists of a grouping of 32 pieces reproducing architectural elements composing the façade of the building on a 1:1 scale. It offers a point of convergence for the architecture of the building, the poetry of Gaston Miron – one of the great contemporary Québec poets, read and admired for the intensity and depth of his exploration of the human condition – and the artist’s approach. The title refers to the dialogue among these three components; the artist’s intention is to integrate a contemporary gesture with a heritage building.

Dialogue will be installed and inaugurated in the fall of 2016. 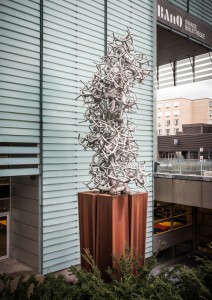 At once national library, national archives and public library of a major metropolitan city, Bibliothèque et Archives nationales du Québec (BAnQ) brings together, preserves and promotes heritage materials from or related to Québec. As a key player of the knowledge society and a genuine cultural hub, BAnQ strives to democratize access to knowledge. It carries […]