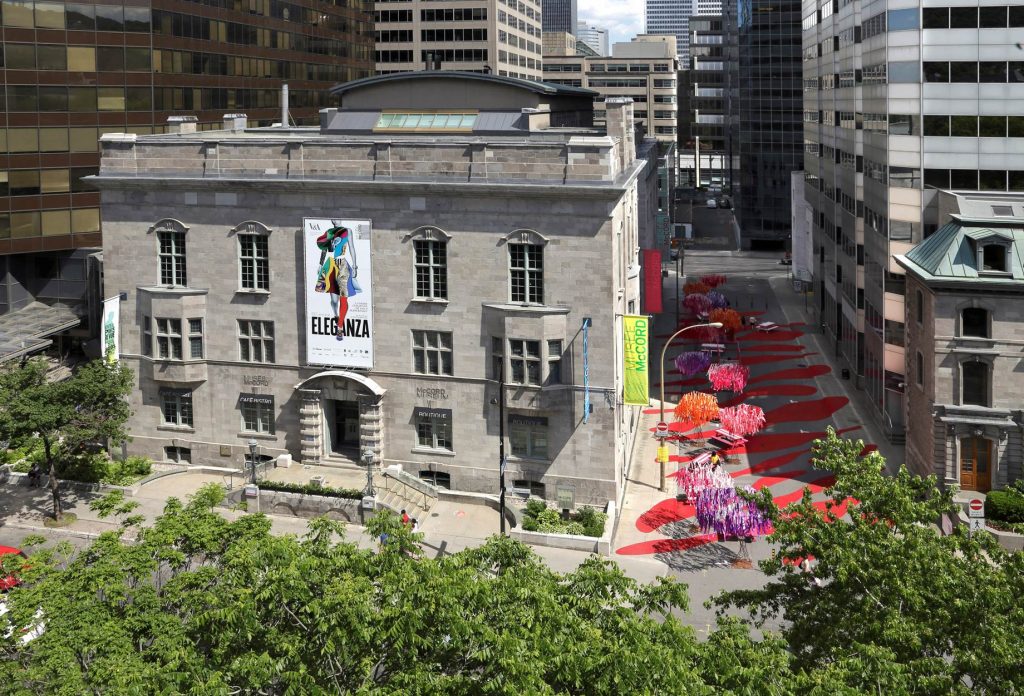 Montréal, July 7th, 2016 – As the featured partner for July, the McCord Museum of canadian history is pleased to annonce is participation in Art public Montréal, a project that assembled over 600 accessible public artworks in a web portal. You are invited to discover the museum’s two public artworks  : Totem urbain / histoire en dentelles and Inukshuk. Besides the demonstration of a true implication of the Museum in the Montreal cultural influence, those artworks enrich the considerable collection of the McCord Museum.

Installed to mark the Museum’s official reopening in 1992, Granche’s piece allude to the majestic haïda totem in red cedar standing inside the Museum. The work is composed of four elements.  The first of these is the illuminated plinth made of layers of glass fragments: that is suggestive of water, an island, or rock strata. The second element, the “urban totem,” is a synthesised image depicting the city of Montreal and three periods of its history. The third element is a parade of figures that conjure up moments and objects that are rooted in our collective memory. The final element of the work is a communications tower whose roots are buried in a mountain of books. This image symbolizes knowledge and recalls the Museum’s mandate to research and disseminate.

This inukshuk was created by Jusipi Nalukturuk and was first constructed on Naqsaluk Island. It was erected under the terms of the Government of Québec Politique d’intégration des arts à l’architecture et à l’environnement des bâtiments et des sites gouvernementaux et publics. Since 1992, the sculpture stand in front of the McCord Museum.

Literally meaning “that which acts on behalf of man”, inukshuk are among the most remarkable structures ever built by the Inuit. In varying shapes and sizes, these sculptures are erected with stone or cut stone.  Those sculptures are generally erected on strategic places, which makes them visible from a great distance. Depending on their location, shape and orientation, inukshuit fulfill many varied functions.  They serve as trail markers, for example, suggesting the best route to follow, or indicate ideal campsite, the depth of snow, a dangerous river, or perhaps a caribou trail. Strategically placed, they are an invaluable aid to the hunter, guiding him the to the best spot for hunting caribou. They also mark the site of an important event, or the place where a death has occurred, and other memorable events, such as special meetings with other groups. In addition to their practical uses, inukshuit often take on a spiritual or sacred dimension.

Finaly, dont miss the return of The Urban Forest this summer. New colours and a varied program will take over Victoria Street : you’re invited to follow our activities and consult the McCord Museum web site for more information. 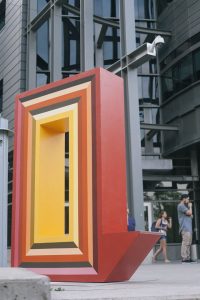 The Quartier de l’innovation, in collaboration with MASSIVart, launches the QI Signature artistic walk, from June 28 to October 31. The letter Q is the logo of the Quartier de l’innovation, which extends along the Lachine Canal and René-Lévesque Boulevard, then from Atwater Avenue to McGill Street. This summer, you’ll find this letter in several […]