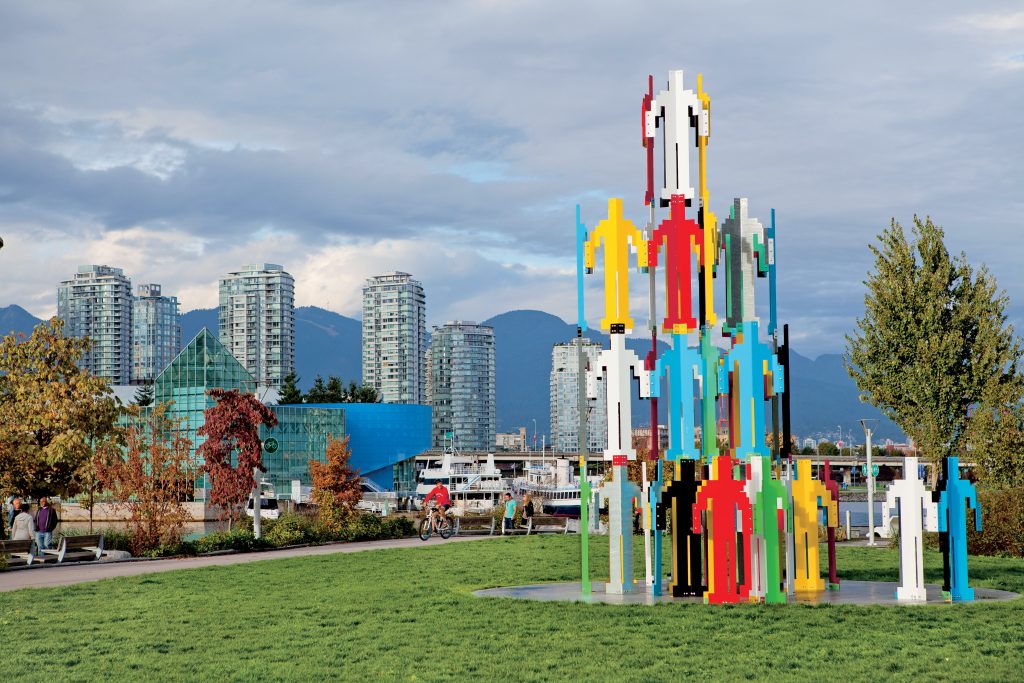 The major international public art exhibition La Balade pour la Paix: An Open-Air Museum is open on Sherbrooke Street West. Designed and organized by the Montreal Museum of Fine Arts (MMFA), with the support of McGill University, the exhibition runs from June 5th to October 29th along one kilometre.

MBAM –Montreal, June 5, 2017 – Since the theme of Montreal’s 375th anniversary is building bridges, the MMFA has taken the initiative to bring together two museums and two universities in this inspirational artistic and educational project in the heart of the city. La Balade pour la Paix links, for the very first time, two of Montreal’s major institutional and international sectors – Concordia University and the Montreal Museum of Fine Arts at one end, and McGill University and the McCord Museum at the other. This exhibition also commemorates two other important events: the 50th anniversary of Expo 67 and the 150th anniversary of Canadian Confederation. The Balade is a reminder of how Expo 67, attended by 50 million visitors, was a window on the world – a watershed moment for Quebec and Canada.

An exhibition inspired by peace and sharing

The route features 67 stations (30 sculptures and 42 photographs) by Canadian and international artists. It is lined with the flags of the close to 200 member countries of the United Nations, along with those of Canada’s 13 provinces and territories. In reference to the UN Headquarters in New York City, the installation is a reminder that Montreal remains an island of peace for so many immigrants in the 21st century who have fled political, economic and climate-related tragedies.

Along the route, 42 sets of photographs are displayed on the front and back of 21 stands. Visitors can stroll along Sherbrooke Street among works by contemporary Montreal photographers who have travelled the world to capture images inspired by openness, peace and diversity. This public “album” illustrates the importance of living together in harmony and promotes fundamental elements in an innovative conception of otherness. A variety of approaches are shown, including documentary photography and the photographic essay, in which art and life are closely intertwined. The photographers capture their subjects in a generous and humane way. Some turn their lens on the environment and Earth’s riches, while others invite us to marvel at the places that inspired them. The images speak to the sculptures in the exhibition, creating a dynamic narrative.

The monumental abstract sculpture Man (Three Disks), by American artist Alexander Calder, originally gifted to Montreal for Expo 67, has been restored for the occasion and installed in front of the MMFA.

Visitors can download the 375MTL app at www.375mtl.com/app to access educational content (audio and texts) as they explore La Balade pour la Paix. From the opening date, MMFA volunteers will be offering guided tours of the portion of the exhibition between the MMFA and Peel Street. In addition, McGill University will be offering tours of works displayed on its campus. 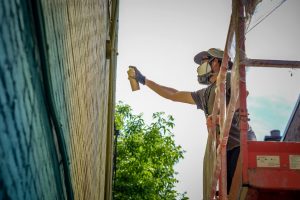 From June 8 to 18, MURAL Festival activities and events take place on Saint-Laurent Boulevard between Sherbrooke Street and Mont-Royal Avenue. Some twenty new murals created this year enhance an already impressive and well-rounded route of artworks from the Quartier des spectacles up to Mile End, adding to the 80 major works created by the Festival […]