Eugène-Paul Benet was born in Dieppe in 1863. He received his education in sculpture from Laurent Marquestre and Alexandre Falguière. He was awarded medals at the Salon de Paris in 1884, 1897, and 1900. Many of his works are conserved at the museum in Dieppe. His most important monumental artworks in France are the Monument aux morts d’Orbais (Marne) (undated) and the Beaumesnil monument (Eure) (1920), also known as Le Poilu victorieux. He died in Paris in 1942. 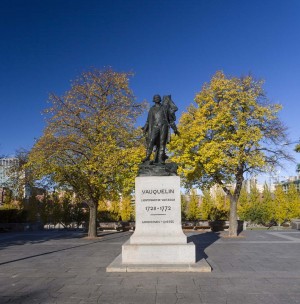