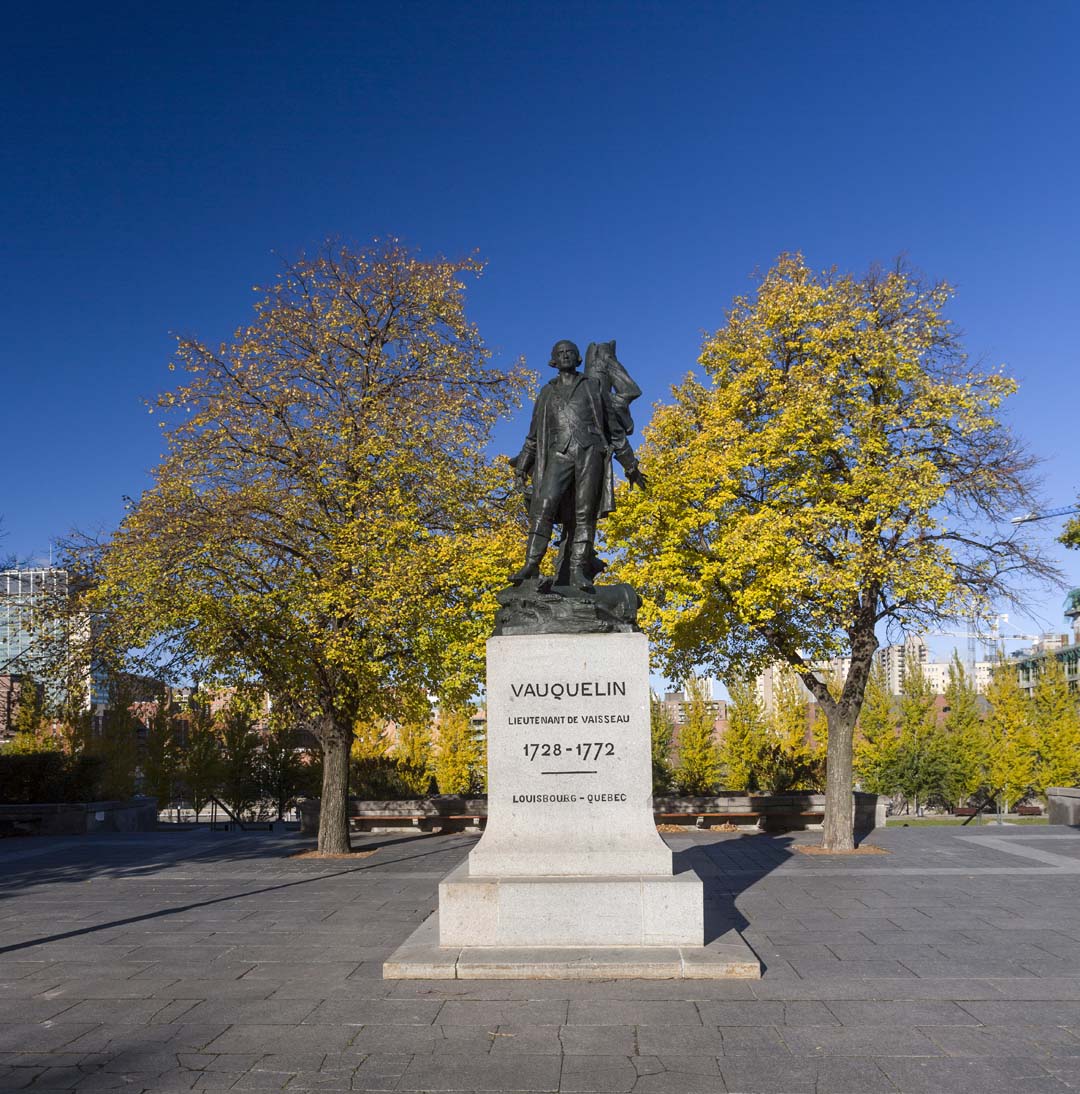 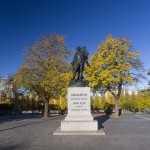 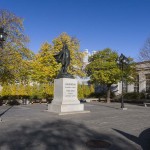 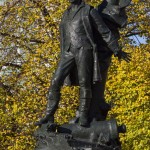 Eugène-Paul Benet was born in Dieppe in 1863. He received his education in sculpture from Laurent Marquestre and Alexandre Falguière. He was awarded medals at the Salon de Paris in 1884, 1897, and 1900. Many of his works are conserved at the museum in Dieppe. His most important monumental artworks in France are the Monument aux morts d’Orbais (Marne) (undated) and the Beaumesnil monument (Eure) (1920), also known as Le Poilu victorieux. He died in Paris in 1942.

The monument is situated in the north part of Place Vauquelin, behind the fountain. The choice of site is strategic, in the axis of Place Jacques-Cartier dominated by the statue of Admiral Nelson, victor in the battle of Trafalgar. Two courageous men, one French and the other English, stand face to face in the public space. This monument draws part of its significance from the statue to which it is the counterpoint.

It is a bronze statue placed on a pedestal and base made of grey granite. Vauquelin is portrayed standing, leaning slightly on the broken mast of his ship. His body is melded with the trunk of the mast. His left foot rests on a broken cannon stock. In his right hand he holds part of a flag attached to the mast that he is grasping. His left hand is held out behind him in a protective gesture. The entire work evokes defeat and shipwreck, but the figure holds his head high and gazes ahead with a challenging look. The composition, portraying Vauquelin pushed back to his last retrenchment, contributes to the image of a courageous hero. There are few contextual elements surrounding the figure. The treatment of the statue is conventional and classical in nature.