Born in 1961, Annick Bourgeau is a Montréal sculptor with a degree in industrial design from the Ontario College of Arts in Toronto. She has produced a number of figurative sculptures portraying historical figures, among them a monument to Jean Lesage at the National Assembly in Québec City, and a bust of Raoul Dandurand in the lobby of the former Simpson building at 977 Rue Saint-Catherine West in Montréal. She collaborated with the sculptor Jules Lasalle to produce the statue of Maurice Richard installed at the entrance to the Maurice-Richard Arena, near the Olympic Stadium. 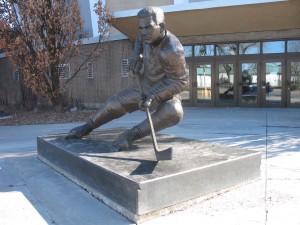 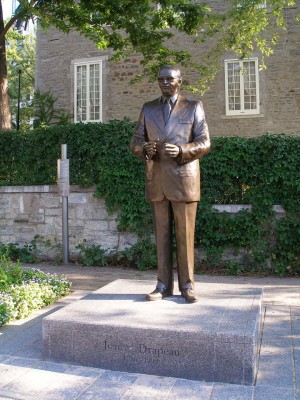