Guido Casini was born in Castelfiorentino, Italy, in 1892 and immigrated to Montréal in December 1924. He brought with him an extensive education in fine arts, including training in the tradition of commemorative monuments from the best Italian schools: the School of Decorative and Industrial Arts in Florence, from 1905 to 1910, and the Royal Institute of Fine Arts in Florence, Rome, and Venice, from 1910 to 1915. Casini had produced a number of private, religious, and public commissions before being commissioned to produce the monument to John Cabot. His monument to the Venetian navigator reflects the Florentine artistic heritage of the Quattrocento (as the fifteenth century was known in Italy), a period when art stripped of all spiritual influence flourished. 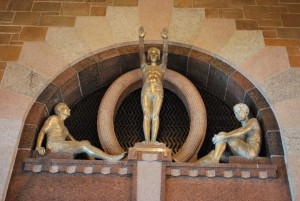 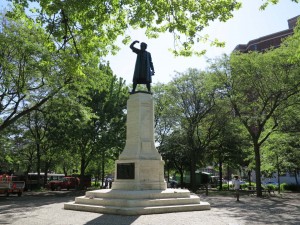