The artists Jean-François Cooke and Pierre Sasseville live and work in Québec City, where they are known for the originality and relevance of their creations. Over the years, the duo has produced a number of large-scale projects, exploring a multitude of materials and a wide variety of techniques. Their art is marked with humour that is sometimes absurd, sometimes hard-hitting or cynical, drawing on themes that involve everyday concerns. Cooke-Sasseville’s work, based mainly on sculpture and installation, has been exhibited in a number of Québec galleries. They have presented their work in more than 10 solo exhibitions and participated in 20 major group events in Québec and Europe. They have created a number of works of public art, including Point de mire (2011), in Thetford Mines, and Le Mélomane (2011), which is in the Ville de Montréal’s collection of public art. 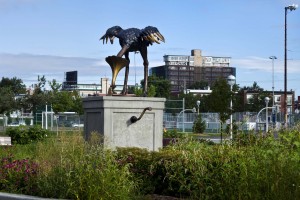 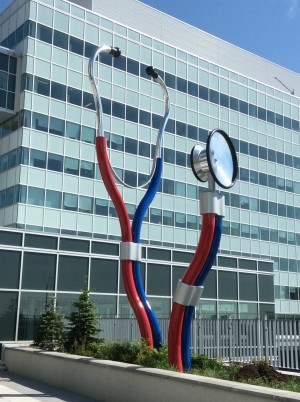 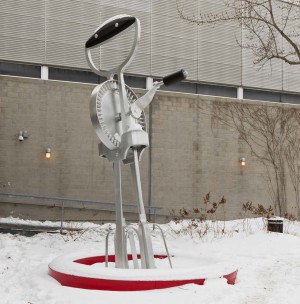