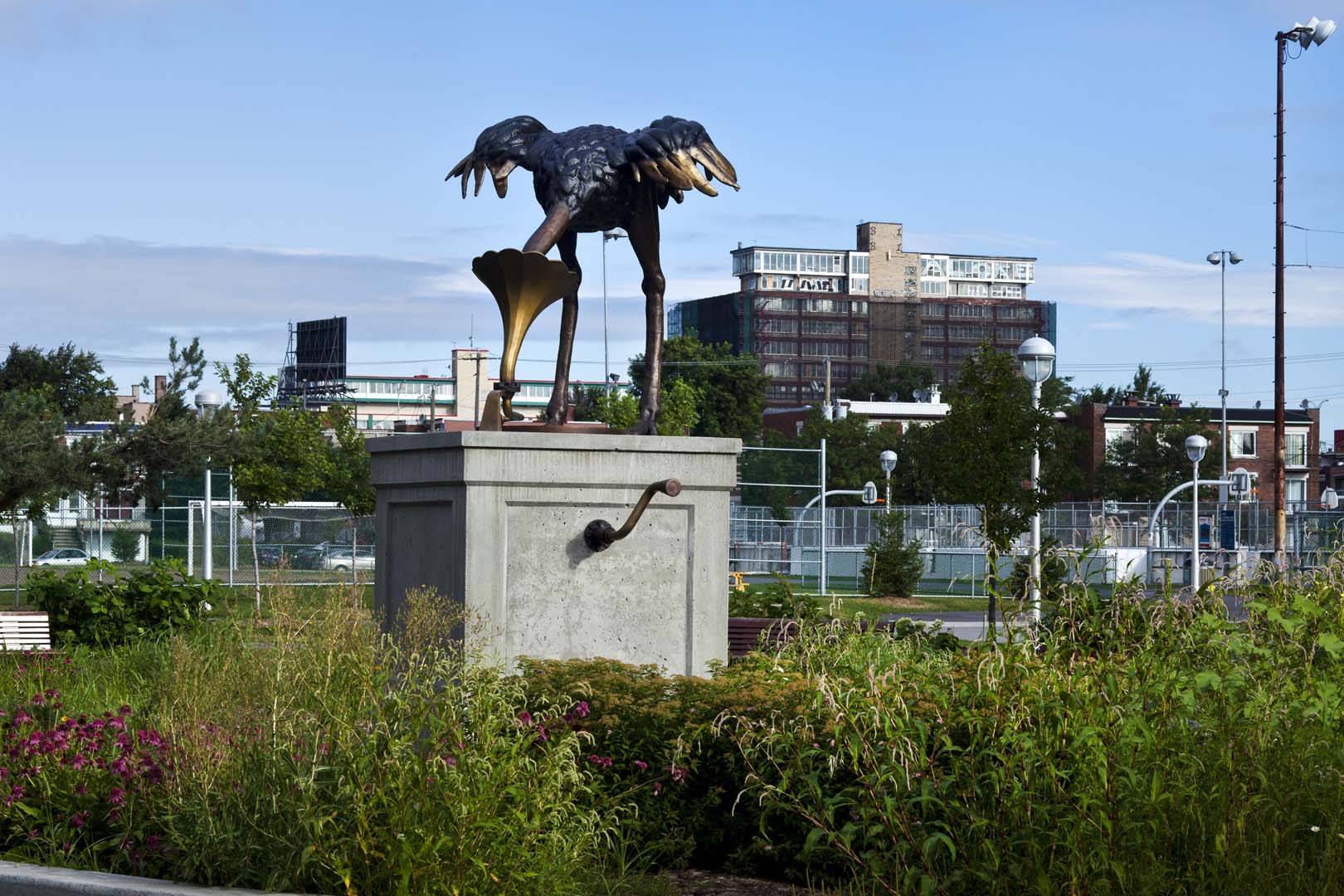 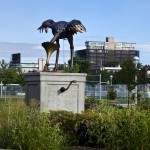 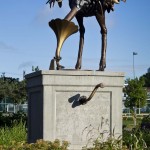 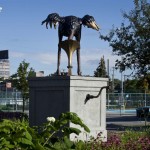 The artists Jean-François Cooke and Pierre Sasseville live and work in Québec City, where they are known for the originality and relevance of their creations. Over the years, the duo has produced a number of large-scale projects, exploring a multitude of materials and a wide variety of techniques. Their art is marked with humour that is sometimes absurd, sometimes hard-hitting or cynical, drawing on themes that involve everyday concerns. Cooke-Sasseville’s work, based mainly on sculpture and installation, has been exhibited in a number of Québec galleries. They have presented their work in more than 10 solo exhibitions and participated in 20 major group events in Québec and Europe. They have created a number of works of public art, including Point de mire (2011), in Thetford Mines, and Le Mélomane (2011), which is in the Ville de Montréal’s collection of public art.

The artwork, a bronze sculpture resting on a concrete base, portrays an ostrich poking its head into the horn of a gramophone. The work is installed in Parc François-Perrault, near École Joseph-François-Perrault, in the Villeray–Saint-Michel–Parc-Extension borough.

Le mélomane illustrates, in a playful and humorous mode, the bewitching power of music. Like the dog listening to its master’s voice, once the emblem for a record company, the ostrich is slaking its thirst at the gramophone, a historical icon of the transmission of sounds, suggesting an immersion in a world of music that opens up new realities.