Armand de Palma is a Montréal sculptor who has produced, among other works, several busts of public figures in Québec politics, including marble busts of René Lévesque and Jean Drapeau. He has participated in two annual Conseil de la sculpture du Québec exhibitions: Confrontation 83 and Confrontation 85. The monument to Christopher Columbus is his most important work of public art. 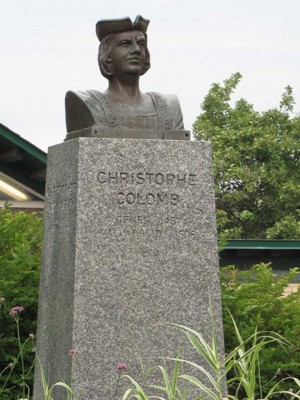