Born in Mourom, Russia in 1920, Kosso Eloul is considered one of Israel’s greatest post-war sculptors. Following his initial training in the Tel Aviv studio of Itzhak Danziger, he studied under Helen Gardner and Frank Lloyd Wright at the School of the Art Institute of Chicago from 1939–1943. Eloul developed a modern and original sculptural vocabulary characterized by the balancing of large brushed and painted metal forms. Beginning in the 1960s, an exciting time for modern sculpture, this style earned him an enviable reputation, and Eloul created numerous important public works in various cities in Israel, the United States and Canada. The husband of Montreal painter Rita Letendre, in 1969 he settled with her in Toronto, where he died in 1995. 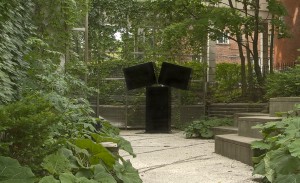 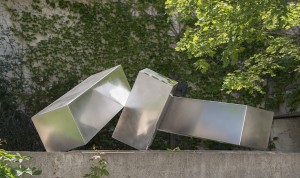 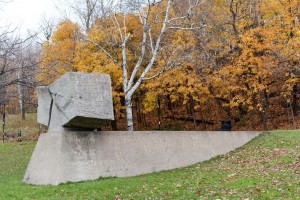