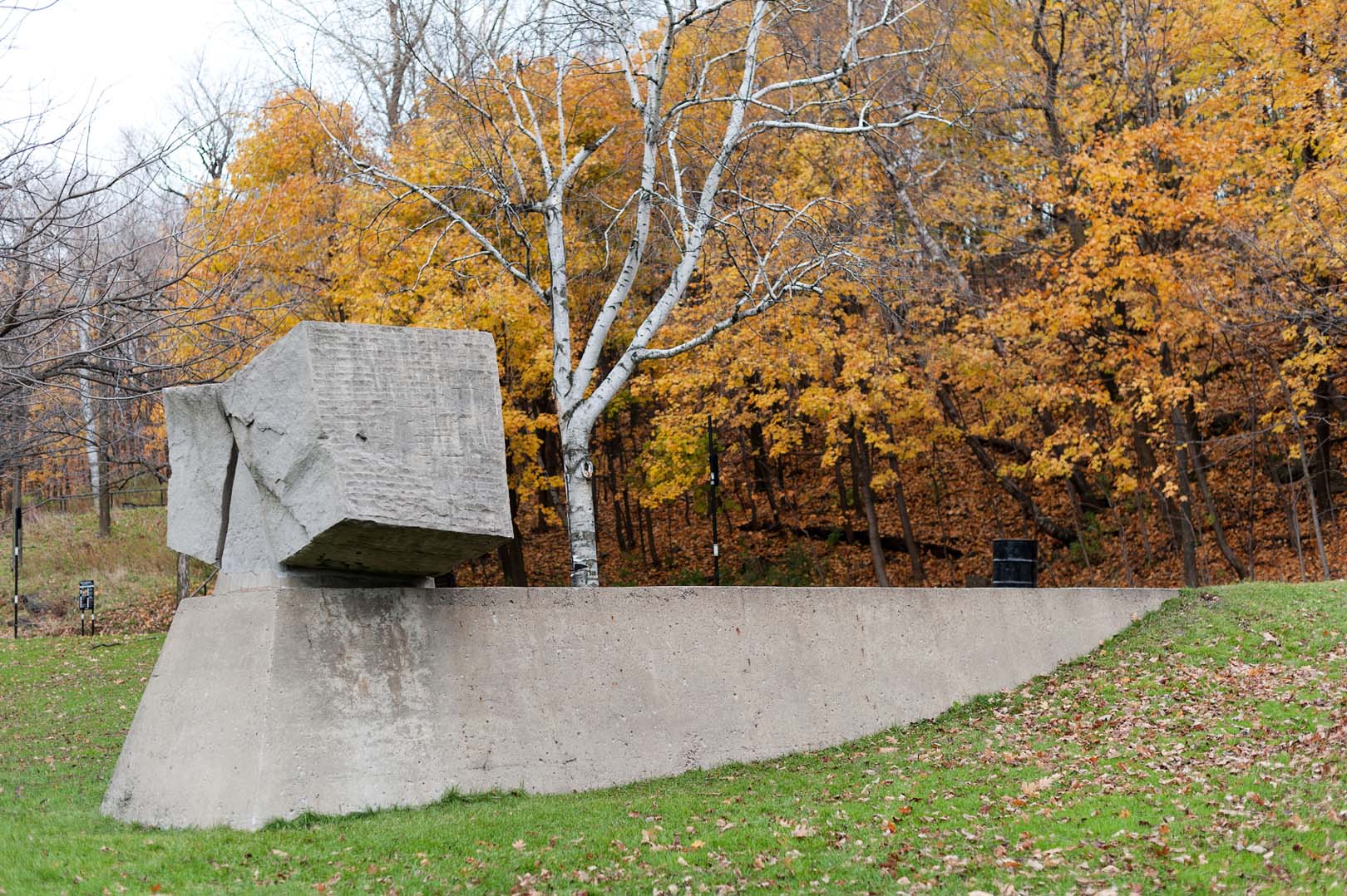 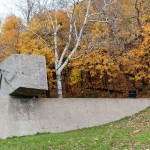 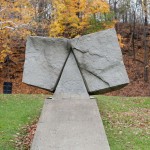 Born in Mourom, Russia in 1920, Kosso Eloul is considered one of Israel’s greatest post-war sculptors. Following his initial training in the Tel Aviv studio of Itzhak Danziger, he studied under Helen Gardner and Frank Lloyd Wright at the School of the Art Institute of Chicago from 1939–1943. Eloul developed a modern and original sculptural vocabulary characterized by the balancing of large brushed and painted metal forms. Beginning in the 1960s, an exciting time for modern sculpture, this style earned him an enviable reputation, and Eloul created numerous important public works in various cities in Israel, the United States and Canada. The husband of Montreal painter Rita Letendre, in 1969 he settled with her in Toronto, where he died in 1995.

Optimax, like all of the artworks produced during the International Sculpture Symposium that took place in Mount Royal Park in 1964, is installed in the clearing that the landscape architect Frederick Law Olmsted called “the glades.” This abstract artwork is made of two elements. The trapezoid-shaped reinforced-concrete base, the façade of which slants backward, serves as a pedestal for a geometric limestone volume composed of two cubes resting on a triangular volume, which was originally red. The surface of each of these forms has been treated differently: whereas the cubes are textured, even rough, the triangle is smooth. The sculpture is in close relation to the topography: the base is perpendicular to the footpath on its edge and matches the slope of the terrain.