Born in Paris, Roseline Granet studied painting and drawing in 1954 at the Art Students League in New York; from 1956 to 1959, she attended the studio of sculptor Ossip Zadkine in Paris. In 1960, Granet, with Gilbert Clémenti, founded the Fonderie Clémenti in Meudon. In 1974, she had her first exhibition at Galerie Darthea Speyer in Paris. She has produced a number of important artworks, including a portrayal of writer Jean-Paul Sartre, commissioned by the French government, and Monument aux droits de l’homme, commissioned by the Ville de Meudon. She is known in Québec for her sculpture of the likeness of poet Émile Nelligan, Monument à Émile Nelligan (2005), among other works. Granet continues to be interested in figurative representation. 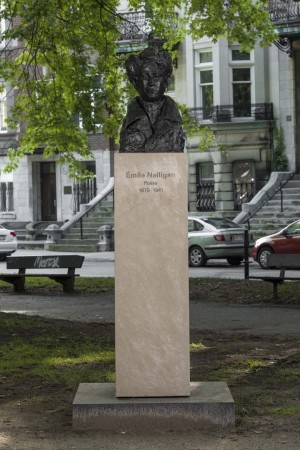 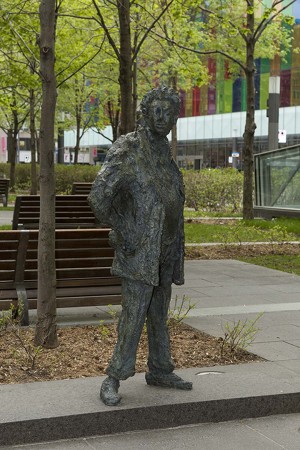