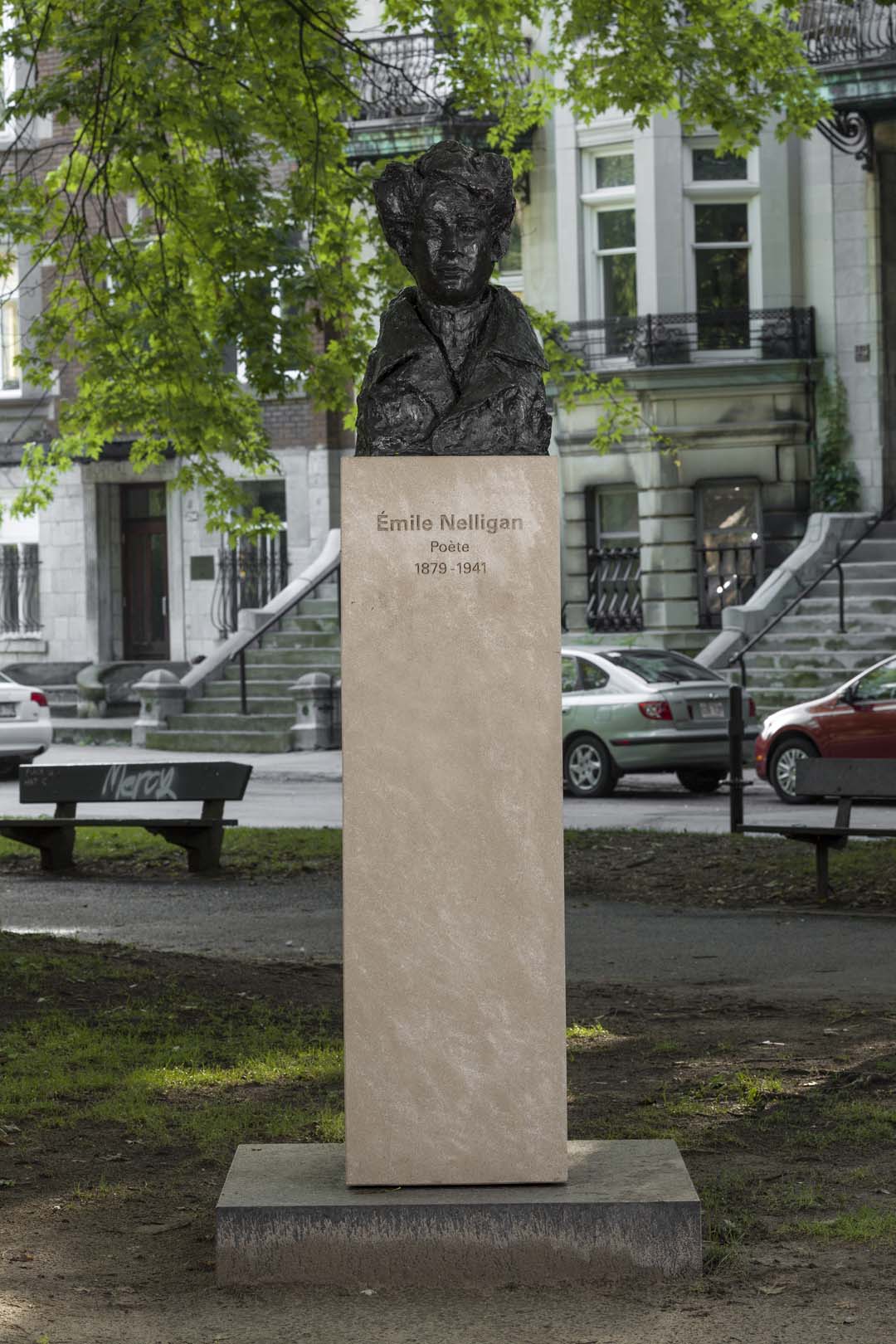 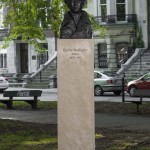 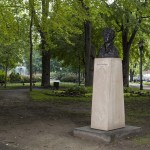 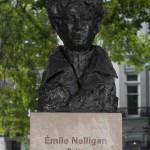 Born in Paris, Roseline Granet studied painting and drawing in 1954 at the Art Students League in New York; from 1956 to 1959, she attended the studio of sculptor Ossip Zadkine in Paris. In 1960, Granet, with Gilbert Clémenti, founded the Fonderie Clémenti in Meudon. In 1974, she had her first exhibition at Galerie Darthea Speyer in Paris. She has produced a number of important artworks, including a portrayal of writer Jean-Paul Sartre, commissioned by the French government, and Monument aux droits de l’homme, commissioned by the Ville de Meudon. She is known in Québec for her sculpture of the likeness of poet Émile Nelligan, Monument à Émile Nelligan (2005), among other works. Granet continues to be interested in figurative representation.

It was on the initiative of the Fondation Émile Nelligan – created by Gilles Corbeil, the poet’s nephew – that the bust of Émile Nelligan was erected, in partnership with the Ville de Montréal. The artwork is installed in Saint-Louis Square, a few steps from Nelligan’s house on Avenue Laval. The placement of the bust is also a reminder of the square’s connection with Québec literature and arts. All of the young poet’s ardour is captured in this artwork. The portrait was executed from the best-known photograph of Nelligan as a young man, in which his expression combines reverie and boldness. Roseline Granet conveys, using just a few elements, the torment and transcendence of the romantic figure with the tragically shortened literary career: the dishevelled shirt collar and hair about to fly away, the eyes conveying a slight fear and an attitude frozen in time.