Guillaume Lachapelle earned his bachelor’s degree in visual arts at the Université du Québec à Montréal in 1998. Since then, a number of his exhibitions have been well received by the critics, including En pure perte (2009) and Machinations (2010). Lachapelle is also a props master and set sculptor for television, movie, and stage productions. He produced L’attente, his first work of public art, in 2009. 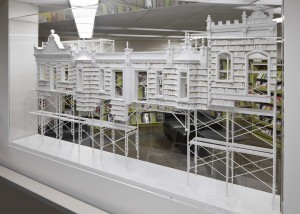 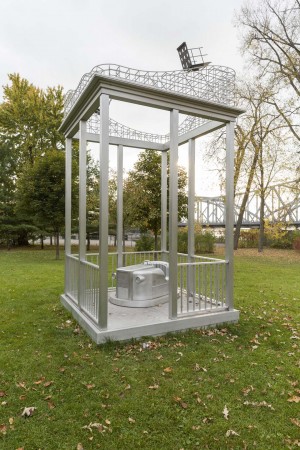