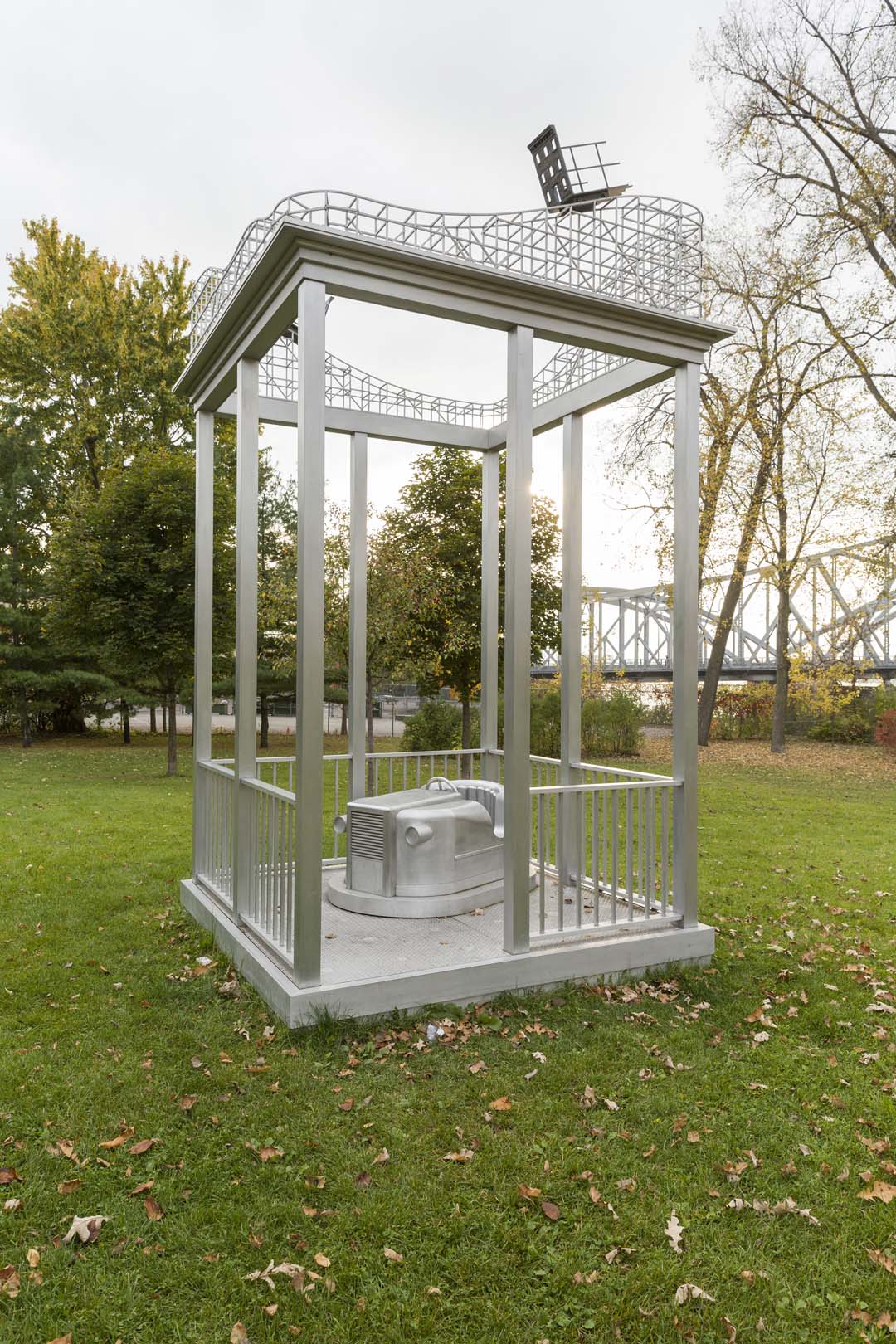 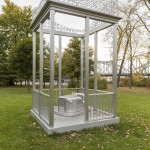 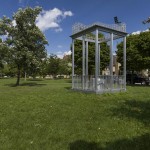 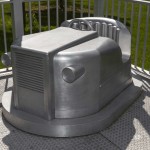 Guillaume Lachapelle earned his bachelor’s degree in visual arts at the Université du Québec à Montréal in 1998. Since then, a number of his exhibitions have been well received by the critics, including En pure perte (2009) and Machinations (2010). Lachapelle is also a props master and set sculptor for television, movie, and stage productions. He produced L’attente, his first work of public art, in 2009.

In the centre of the former picnic area of Belmont Park, a lone bumper car is confined in an aluminum enclosure obviously too small to hold it. The structure is topped with a finial adorned with miniature roller coaster, on which two building façades, made of brass and bronze, seem to serve as cars. The playful artwork deploys figurative elements in order to illustrate the former function of the site and underline the importance that it had in the neighbourhood.

Standing alone in this vast space, L’attente nostalgically re-creates the past with a play on scale, time, and absence. The small pavilion circumscribes the bumper car in a way that accentuates the irrelevance of the object when it is isolated. In addition, the contrast of proportions is accentuated by the presence of the model-sized ride, reminding us that the sculpture’s relevance is related above all to its symbolic function. The buildings reflect the real estate developments in the vicinity, underlining the fact that today’s Belmont Park is much smaller than the amusement park that preceded it.

Finally, the composition as a whole acts as a metonymic reminder that encourages the viewer to reconstruct what the sculpture cannot portray. In Lachapelle’s view, “The artwork becomes the expression of friction between reality and a fantasy world, a difficult encounter between desires and constraints.” 1