Sculptor George Anderson Lawson was associated with the New Sculpture movement during the Victorian era. Born in Edinburgh, Scotland, in 1832, he built his reputation by producing likenesses of distinguished citizens. After visiting Rome, he lived in Liverpool, where, in 1864, he won the competition to execute the Monument to Wellington, with his architect brother Andrew Lawson. Two years later, Lawson moved to London. Aside from the Monument to Robert Burns in Ayr, Scotland, he created statues of, among others, Robert the Bruce, Baillie Nicol Jarvie, and Diana Vernon composing the Monument to Sir Walter Scott (1874), in Edinburgh. He died in Richmond, United Kingdom, in 1904. 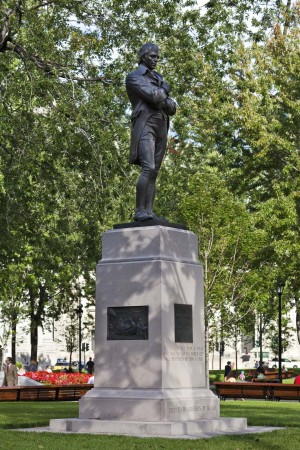