John McEwen is an Ontario artist who was received his education at McMaster University (1965) and the Ontario College of Art (1966–70). Known for his interventions in the public space, he has created Ballad of Ice and Water in Toronto (2008–09), River as Thread, Canoe as Needle at the Canadian embassy in Berlin (2004), and Speaker’s Circle, an artwork offered to Australia for its centenary by Canada (2004). McEwen’s work has also been on display at the Sydney Biennale and the Utsukushigahara Open-Air Museum in Japan. 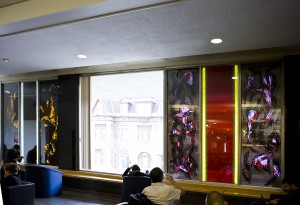 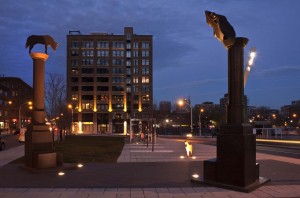