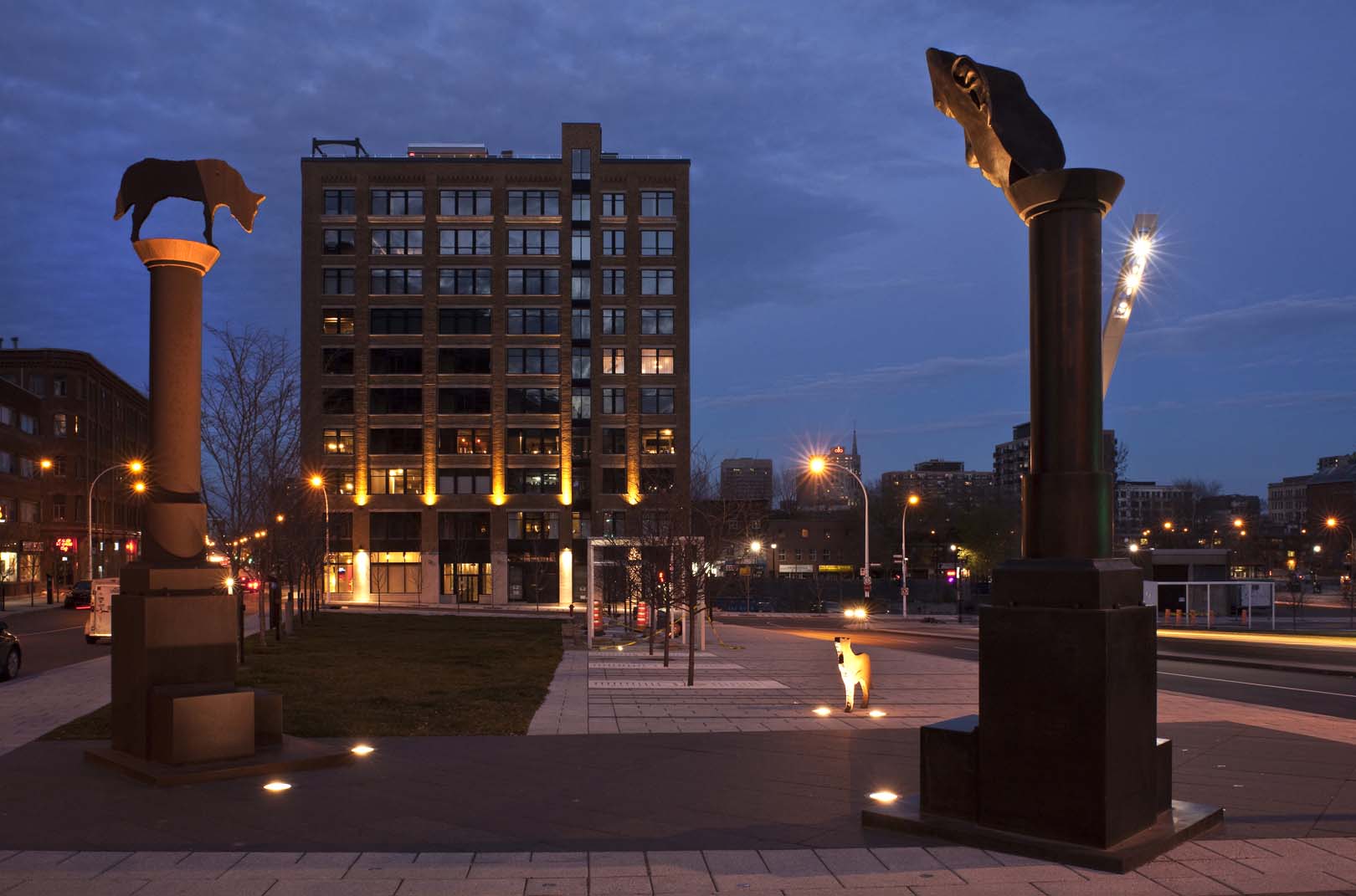 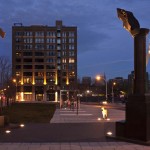 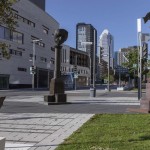 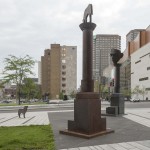 Marlene Hilton-Moore is a self-taught artist born in New Brunswick and living in Ontario. Her work is in numerous collections, including the Canada Council for the Arts’ Art Bank and the Wilfrid Laurier University collection. She has also produced a number of works of public art, including Monument aux Valeureux in Ottawa and Column of Valour, a monument dedicated to volunteer firefighters in Barrie, Ontario.

John McEwen is an Ontario artist who was received his education at McMaster University (1965) and the Ontario College of Art (1966–70). Known for his interventions in the public space, he has created Ballad of Ice and Water in Toronto (2008–09), River as Thread, Canoe as Needle at the Canadian embassy in Berlin (2004), and Speaker’s Circle, an artwork offered to Australia for its centenary by Canada (2004). McEwen’s work has also been on display at the Sydney Biennale and the Utsukushigahara Open-Air Museum in Japan.

McEwen and Hilton-Moore’s artwork is composed of two columns and a silhouette of a dog. At the top of the bronze column and the steel column are, respectively, a mask with an ear toward the ground and another dog silhouette. The three elements face a high-traffic crossroads in the Quartier des spectacles.

The intention of After Babel, a Civic Square is to go beyond the limitations of verbal communication. Speech is necessarily useless in communication between people and animals; it must give way to gestures or other modes of expression. The idea of the “square” therefore becomes meaningful. In this space defined as a site ruled by a principle of equality, humans are freed from the tyranny of words. In McEwen’s view, the sculptural grouping “creates a form of freedom between languages by emphasizing vocabularies of silence that allow communication without words.”

The artwork is situated at the juncture of the two artists’ respective visual languages. Whereas McEwen is interested in bringing together antithetical elements around themes such as communication, freedom, and the gaze, Hilton-Moore explores the relationships between the body and space.

______
McEwen and Hilton-Moore’s installation sculpture was a gift from the city of Toronto for Montréal’s 350th anniversary and the event “Toronto fête Montréal.” After Babel, a Civic Square was chosen following a competition by invitation and installed in 1993 where the Quartier des spectacles is currently situated.