Michel Saulnier first studied art history before deciding to create art. At the end of the 1970s, he began his Bachelor’s at the Université Laval. However, he completed his studies and graduated from the Université de Montréal. Saulnier created his first pieces in the studios of what used to be the Pavillon Mont-Royal. Under the direction of art theoretician René Payant, Saulnier pursued his Master’s degree by doing research that was part memoir, part creation.
Saulnier quickly acquired a professional status thanks to support from a private gallery and creative bursaries issued by the Ministère des Affaires culturelles du Québec and the Canadian Council for Arts. After having his work showcased in several Montreal galleries, Saulnier’s work was put on display in New York (Columbia University, 1985) before participating in the Les temps chauds (Musée d’art contemporain de Montréal) collective exhibit in 1988. Since then, his art has been displayed in Quebec, Japan and Germany.
Saulnier was invited by sculptor Jean-Pierre Bourgault many times to Saint-Jean-de-Port-Joli the mid-1980s, an offer he graciously accepted. Thus, he co-founded the Centre d’artistes Est-Nord-Est (1982). Since 1989, he’s accumulated no less than twenty four pieces of public art.
He has been teaching art history and plastic arts at the Cégep de La Pocatière since 1995. He also seated on various selection committees as a specialist for several contests involving many different government organizations.
Saulnier mainly sculpts with wood and is able to evoke a confrontation between popular and contemporary art in his art – a relation marking his interest for representations of animals. His creative process allows his imagination to run free and associate ideas comfortably. However, it is through Saulnier’s mastery in manipulating his medium that gives his pieces such poetic imagery. 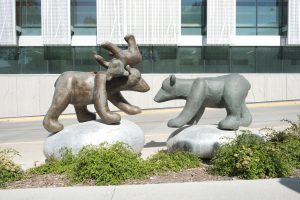 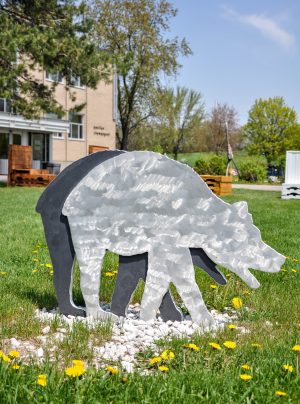 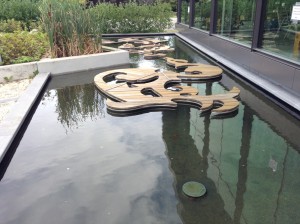