Françoise Sullivan was born in Montreal, where she received her early training at the École des beaux-arts. She is a unique and multi-faceted artist. Well known at the outset of her career as a dancer and choreographer, it has been her work as a painter, sculptor and photographer that has truly marked her long career. She was one of the Automatists, the avant-garde movement led by Paul-Émile Borduas, and was a signatory of the group’s 1948 manifesto, Refus Global. Since then, her work has been shown at countless different solo and group exhibitions, including retrospectives at the Musée national des beaux-arts du Québec (1993) and the Montreal Museum of Fine Arts (2003).

She received the Paul-Émile Borduas Award in 1987 and holds honorary degrees from UQAM and Toronto’s York University. A teacher at Concordia University since 1977, Françoise Sullivan is also a board member of the Montreal Arts Council and remains in demand as a jury member and lecturer. 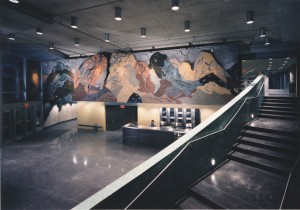