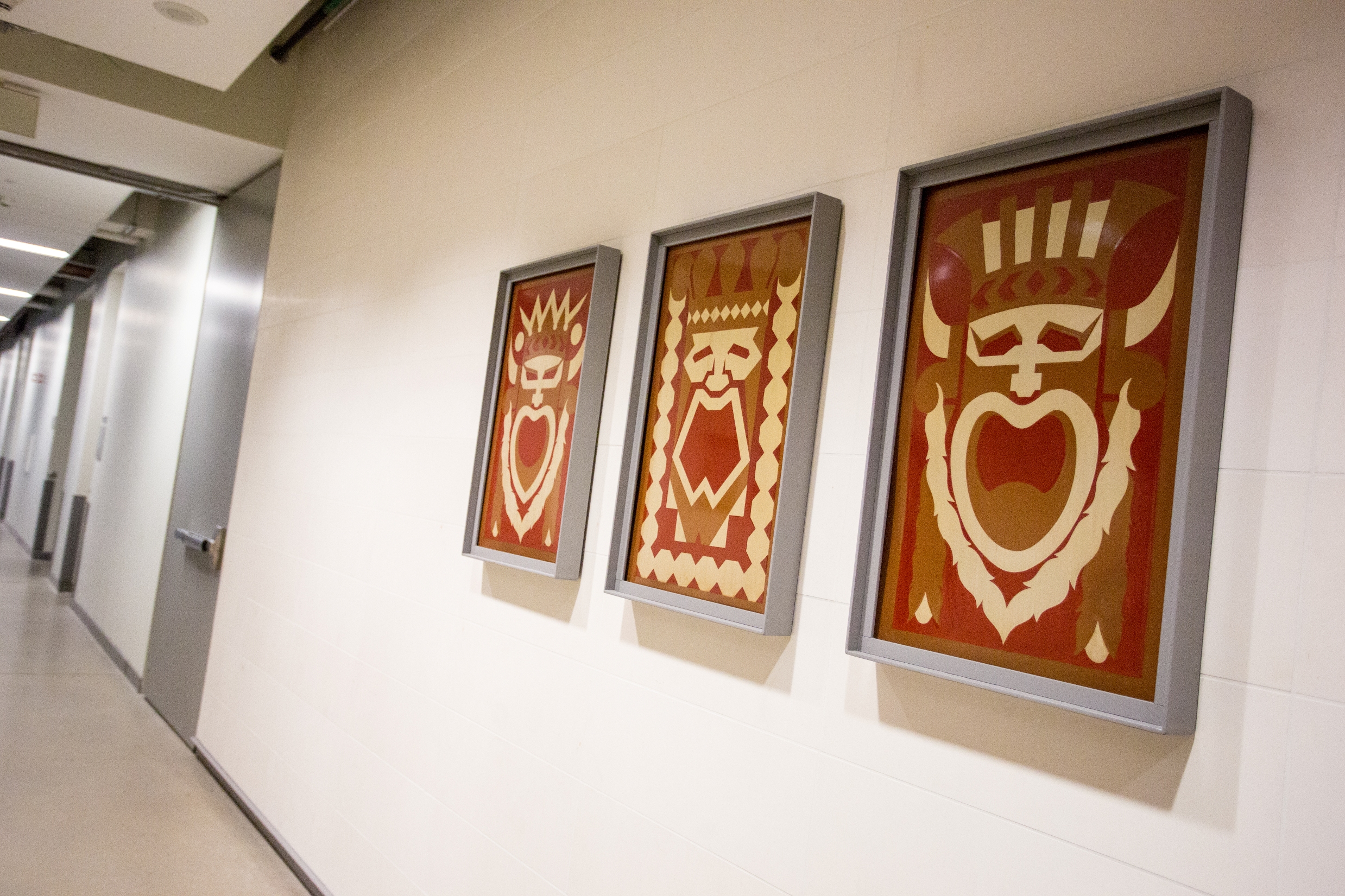 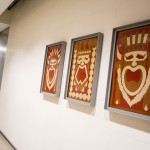 From 1938 to 2001, the York Theatre occupied what is now the eastern wing of the EV complex. Constructed according to plans drawn up by Morley Corbus Luke (1901-1976) of Perry, Luke, and Little Architects and decorated under the supervision of Emmanuel Briffa (1875-1955), the building welcomed thousands of cinephiles for half a century. In homage to the Art Deco landmark, a number of decorative elements were saved, restored and incorporated by Concordia. The painted enamel panels and stylized theatrical masks recovered from the exterior of the building recall the rich artisanal heritage of Montreal before World War II. The panels now inset into the walls next to the Black Box theatre of the staircase nearby were part of a recurring Art Deco motif throughout the York.