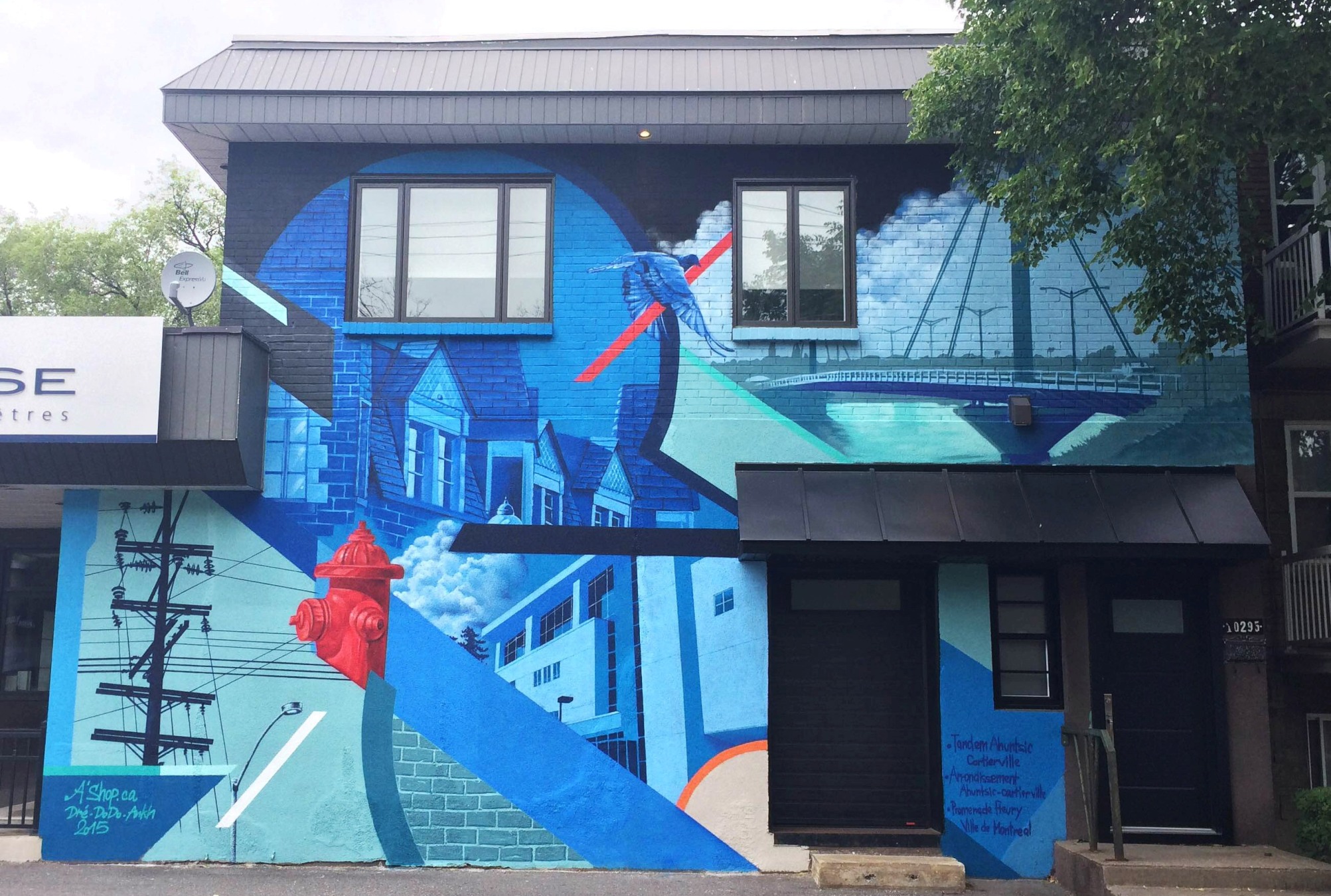 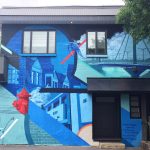 ASHOP PRODUCTIONS is a street art production and artists management agency based in Montreal. Now internationally renowned, it is the result of the work and dedication of the ASHOP CREW, which has managed to ensure the success and growth of the company for 10 years now. Its mission is to produce large-scale public art projects and highlight the talent of the artists they represent. To this day, ASHOP has at its disposal creative spaces and produces as many murals as custom art projects in several international cities, such as Montreal, Toronto, Miami, Los Angeles, Paris, and Hong Kong.

Inspired by technical transparency and stained glass overlays, this mural is composed of “windows” that give a visualisation of Ahuntsic’s elements. This uneven fusion of images evokes the architecture of the College Ahuntsic, appearing elsewhere at the bottom of the wall. We also find the unmistakable silhouette of Papineau Leblanc bridge, as well as local houses cornices. The play of colors and frames was specifically chosen to integrate the two windows on the top of the facade. Graphic elements such as telephone lines against the light and the circles interrupt the linear effect of framing blocks and give an effect of motion to the composition.
The mural was designed and executed by : Ankh One and Dodo Ose.