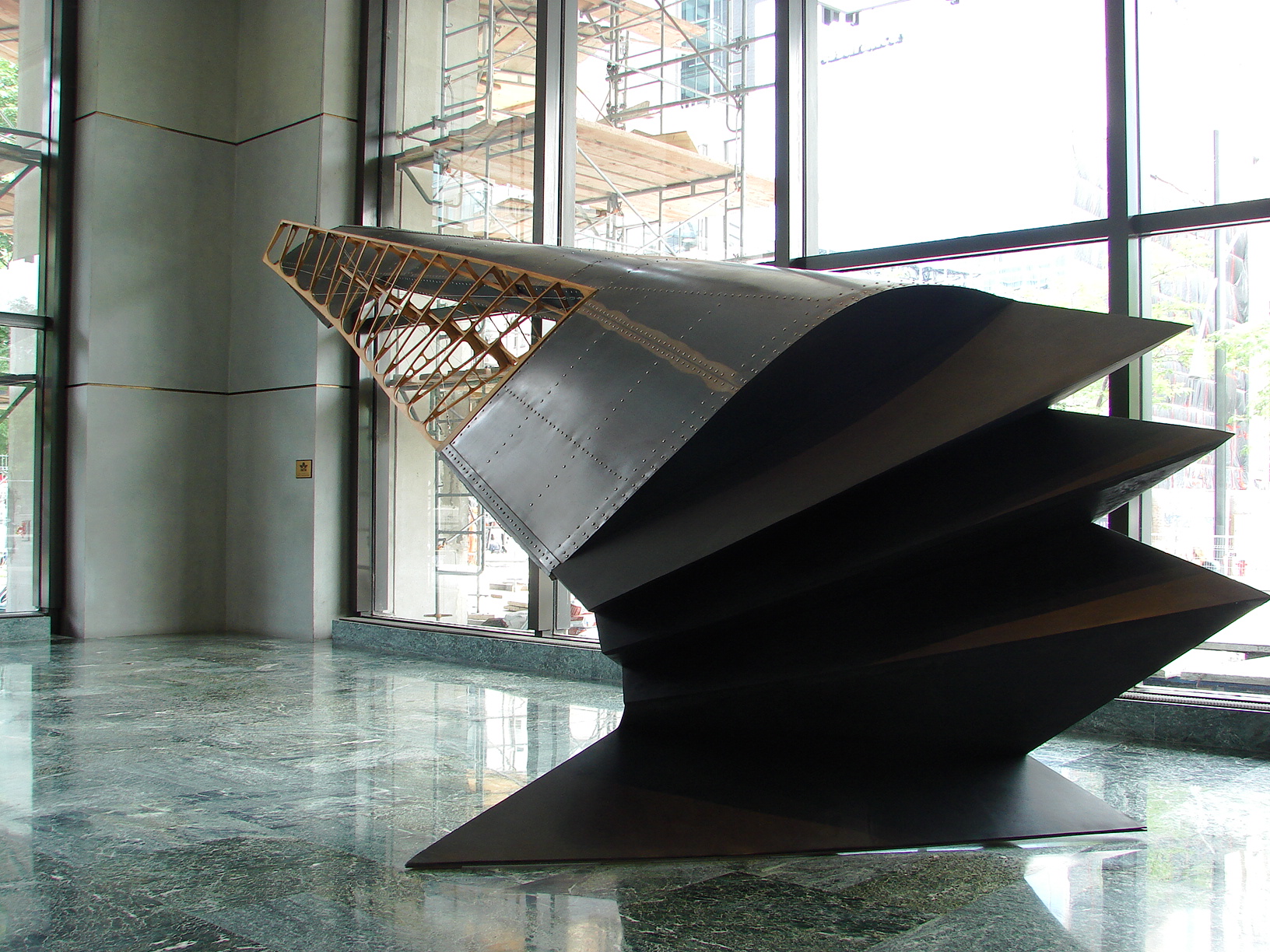 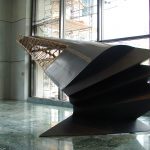 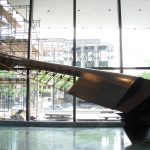 Polish-born Liliana Berezowsky arrived in Canada as a child in 1948. She earned a BA in sociology at the University of Toronto before moving to South America, where she lived for six years. She earned a BFA in 1984 and a MFA in 1989, both at Concordia University. She has taught at Concordia University since 1988, as a lecturer in sculpture and drawing. A prolific sculptor, she has created numerous works of public art and her works are in many collections, including that of the National Gallery of Canada.

Berezowsky’s early artworks, monumental in size, were inspired by the industrial landscape and machinery. She then concentrated on a series of smaller sculptures based on the principle of found objects and interior space. Her current works, created from non-traditional materials, are sometimes large, sometimes small.

Through Antigon VII (1991), an artwork with personal echoes that mixes metal, wood, and rubber, Liliana Berezowsky seeks to explore the limits of sculpture and malleability. The strongly material presence of Antigon VII is the result of the choice of medium – metal – folded and anchored in the ground. At the same time, the diagonal traced by the wing gives a sense of movement that neutralizes the heaviness of the material. The hole gives a sense of emptiness to the sculpture that is otherwise massive and dense.

The motifs of the airplane and the bird resonate personally for the artist, who survived a plane crash; subsequently, she was a marginalized immigrant because she didn’t speak French. The wing, of which a part of the skeleton is exposed, is here a symbol of resilience to shock, both physical and cultural. The title refers to the character drawn from Greek mythology, who preferred to end her life rather than give up her independence. The work thus takes on a tragic meaning and becomes a symbol of the weight and fragility of freedom.

Finally, Berezowsky plays with the tension between lightness and heaviness, immobility and movement, creating the dynamism of the artwork, which changes and is enriched depending on the angle from which it is observed and the apprehension of the story underlining its creation.